The eight finalists have been revealed following regional finals throughout March. They will compete against each other in the final on 6 May at the University Centre Shrewsbury where the overall champion will win the coveted £2,500 Percy Thrower Travel Bursary.

As in previous years several competitors from previous years once again reached the final. Flying the flag for Scotland is Lachlan Rae, who came fourth in last year’s final. Josh Egan-Wyer from Pershore is competing for West Midlands & South Wales after coming third in the 2015 competition. Representing the Eastern Branch in this year’s final is Fern Champney from Writtle College. She is also a previous finalist, coming third in 2016.

The 2017 competition newcomers are Matthew Brewer from RHS Gardens Harlow Carr in the North region, Nathan Foulds from Reaseheath represents the North West &North Wales, and Peter Adams from RHS Rosemoor is regional winner in the South West. Representing Ireland this year is Egle Zintuke from the National Botanic Gardens, Glasnevin, Dublin and the South West representative is Julia Andersson from Royal Botanic Gardens, Kew. 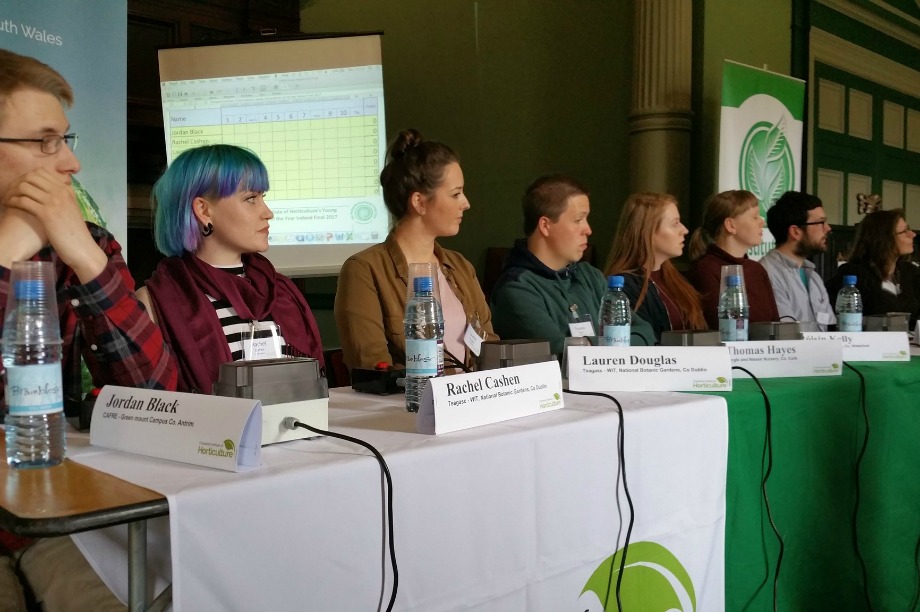 The Young Horticulturist of the Year winner for 2016 was Lawrence Wright. Wright is planning a trip to Australia with his bursary. He is currently working as horticulturist and plantsman at the Tregothnan Estate in Cornwall.

CIH president Dr Owen Doyle said: "Every year I look forward to the Chartered Institute of Horticulture’s YHoY Competition. It’s a fantastic opportunity both for students of horticulture and for those working in the industry to display their plant knowledge and meet fellow horticulturists. I encourage all those who are eligible to participate and I wish the best of good fortune to all those taking part."

The competition was last held in Shrewsbury in 2000. Its winner Mark Harwood-Browne chose to visit Madeira with his bursary and is now head of horticulture at Hartpury College, Gloucestershire. The Shropshire Horticultural Society, HTA and MorePeople. People can follow the competition on Facebook and Twitter with @CIHort #YHOY.

"We work as one team, we are innovators and we are proud"