This passion then led to his setting up Sunnyfields in 2002, still aged just 16, soon after to be joined in the business by his younger sister Anna.

Originally no more than a bare field, Sunnyfields has grown into a 2ha working nursery, supplying baskets, pouches and bedding plants to customers across the North West, including independent retailers, "In Bloom" groups and since 2007 the Aintree Grand National, as well as selling to the public direct via an on-site shop.

The award of a travel scholarship in 2011 enabled the pair to research flower pouch production in North America and Canada, after which they automated the filling and transplanting of the pouches at Sunnyfields to improve plant quality and consistency.

Switching to contract-grown seedlings, meanwhile, allowed them to schedule production and meet customers' deadlines, and these are now automatically potted in a reduced-peat compost mix incorporating 20 per cent wood fibre.

Sunnyfields has worked on a wide range of projects including growing large quantities of perennials in peat-reduced compost for the local Maghull in Bloom society. Then in October last year the company won a contract to renovate a large residential site, inspiring Andrew to diversify into a hardy nursery stock range.

A growing business has meant calling on the services of his wife and parents. Now aged 30, Andrew remains committed to supplying customers with top-quality plants, playing a part in the UK horticulture sector and expanding his business still further. 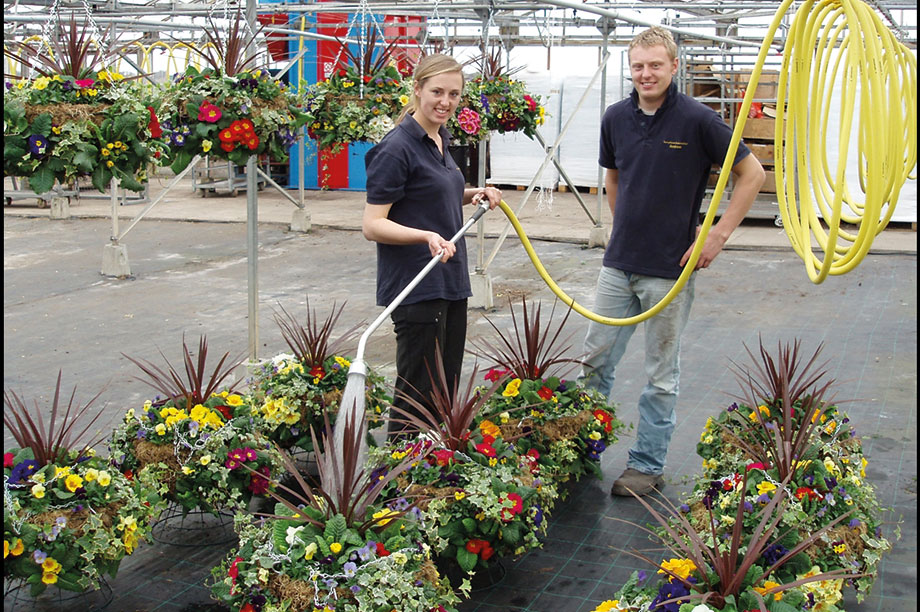 The NFU - the voice of British farming and growing - works to create the right environment for its members to run profitable businesses. Its vision is a thriving, competitive agriculture and horticulture sector.

Foxgloves are easy to grow and produce tall spikes of flowers that are magnets for pollinators, writes Sally Drury.

Shifting the focus on plant health

Why seed trials are still needed

How retailers and growers are responding to the gardening boom