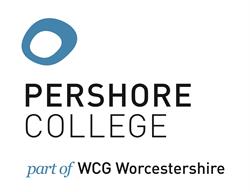 Based at Pershore College, a renowned centre of horticulture excellence, the GrowAgri Worcestershire project is backed by the European Regional Development Fund and tasked with supporting the development of technology for use in the horticultural and agricultural industries.

Located in one of the UK’s horticultural heartlands, the Vale of Evesham, the project is headed up by Professor Roy Kennedy of the college’s Agri-Tech Research Centre. In its futuristic facilities, which include an indoor hydroponic plant-growth chamber and an outdoor vertical farm, tomorrow’s technology is already being road-tested.

And as Professor Kennedy explains, the GrowAgri project provides a unique opportunity for innovative Worcestershire businesses that are not familiar with the agri-tech sector to get an introduction to horticulture and agriculture and establish key contacts.

“Growers and farmers face a set of issues more challenging than at any other time in our history,” he says. “Climate change, ever-shrinking biodiversity and powerful market forces dominate farming methods. It is a time of challenge, but also of great opportunity.”

The future of food

At present the UK is reliant on importing much of its fresh grown produce, particularly during the winter months. According to the British Growers Association, the country is only 40% self-sufficient in indigenous fruit supply, and less than 60% in vegetables and salads.

“A unique combination of diverse soils and temperate climate means that Britain has some of the best growing conditions for fruit, vegetable and ornamental crops in the world,” says Professor Kennedy. “The industry is worth £3 billion per year, and the Vale of Evesham is a region known for its production of soft fruit, plums, salad and vegetable crops.

“However, the country’s self-sufficiency in food has declined over the last 30 years and the Government acknowledges that climate change will present significant risks to our food supply. We need to adopt new food production technology that can provide sustainable food production systems.”

And it’s not just the UK that needs to innovate when it comes to food production. As research assistant Dr Anjana Patel explains, with the world’s population set to rise to 9.7 billion by 2050 it is estimated that we need to produce nearly 50% more food – which will place additional challenges on our already-depleted natural resources.

“Climate change is already having a large impact on our food supply, with droughts and flooding affecting the ability of farmers to sow their crops,” says Dr Patel. “And it’s not just a problem that is affecting less-developed countries. Last winter, widespread flooding in the Midlands left thousands of acres of farmland under water at a key time, leaving farmers unable to sow seeds for wheat and barley.

“In order to address these key issues, an increase in agricultural productivity and sustainability is necessary, and the GrowAgri project supports this mission.”

Discussing what’s next for agri-tech

Prior to the national lockdown, the GrowAgri project delivered a range of expert seminars and technical demonstrations on industry hot topics such as the use of drone technology in agriculture, the latest in hydroponics and the benefits of vertical farming systems.

Those attending heard academics and industry specialists from various sectors talk about the impact food production has on greenhouse gas emissions and how emerging technologies can combat this – as well as seeing the innovative growing facilities at the Agri-Tech Research Centre in action.

Marco Lizzul from Varicon Aqua, a producer of algae photobioreactors and aquaculture production systems, found the vertical farming seminar incredibly informative and appreciated the opportunity to network with businesses within the sector.

“We have been pursuing the contacts made at the event to create long-lasting supply partnerships and explore ways in which to build future opportunities in the agri-tech space,” he said. He has also been the beneficiary of an ancillary grant scheme to support capital purchases.

Since Covid-19 stopped the world in its tracks, the programme of agri-tech events has gone virtual, generating much interest from a wide variety of individuals far beyond Worcestershire.

Next up for May is a three-part series on uses of satellite data, cybersecurity and how an organisation can be ‘innovation-ready’. Meanwhile a session on bioenergy and waste management is in the planning for June.

The project, which ends in December 2021, is still keen to engage with engineers, food technologists, agronomists, systems analysts or any business that develops technologies that could be transferable across different industrial sectors. If that sounds like you, why not get in touch and help shape the future of agriculture?

For more information on GrowAgri Worcestershire, or to find out how to book forthcoming events, go to wcg.ac.uk/growagriprogramme or email growagri@wcg.ac.uk

How retailers and growers are responding to the gardening boom