The students, from universities around the UK and Ireland, were praised for their ingenuity in coming up with fresh angles for new gardening products – and in particular for thinking creatively about those with little more than a balcony or a window box to play with.

They were the finalists in the 2018 Design Innovation in Plastics award – a national competition for university students to design brand new products made primarily from plastics. The organisers, the Institute of Materials, Minerals and Mining, and the Worshipful Company of Horners, were delighted to see their highest number of entries yet, after announcing a gardening theme, with hundreds registering their initial interest.

Six months later, after sifting through all the final entries to whittle it down to the final shortlist of six, the eventual winner, product design student, Alex Roquero, (Brunel University) was announced at a ceremony in London, with a highly versatile balcony shelf, for people who don’t even have a garden.

His ‘Hook’ is a cleverly designed shelf, integrated with a flowerbox, which fits to any kind of railing or balcony, for people who have no garden, or reduced space.  As well as accommodating plants, it can also carry day-to-day products such as coffee mugs, wine glasses, beer bottles or even books.  Its versatility and design flair were praised by the judges.

Chairman of judges, Richard Brown, managing director of RJG Technologies, said: "Alex tackled a problem that he was familiar with from the environment in his home country of Spain, and took a holistic approach to provide a multi-purpose solution. It was evident that this product could become a marketable item, as living spaces become smaller, and more ‘Juliet’ balconies are integrated into new builds, especially in Europe."

William Oughton (Brunel University), who came second, was also praised for his lateral thinking, coming up with a set of bulb-shaped holders which fit to any kind of chain-link fencing, fence posts or tree, and which pose as light holders, flower bowls or bird boxes.

Competition judge, Mike Stuart, a technical service engineer, representing headline industry sponsor, Covestro, said: "William did everything a good engineer should in terms of costings, production processes, and material choice, and the fact he’d designed his product down to every last detail.  There were four similar looking products in the set, but fulfilling different functions, and the fence attachment mechanism was innovative."

Richard Brown said: "The judges were fascinated by the research undertaken in talking to the beekeeping community to gain feedback on her idea. Olivia explained the development cycle she had followed to determine product viability and she recognised that more investigation would be required on miticide application if the product was to be developed further.  Overall a unique approach to a very serious problem."

Other highly rated products included ‘G cycle’ an indoor concept of a rotary hydroponic garden which recycles water between the aquarium and plants.  Its creator, Zeina Mofti (Brunel University), said: "It’s an indoor product developed to target a younger generation and connect them to nature while generating a calm and relaxing environment."

Also making it to the final were ‘Dynamic Grip’, an ergonomic garden multi-tool, with an array of interchangeable ends, catering for people with wrist arthritis and other musculoskeletal conditions, and Gingko, an indoor ‘urban garden’ for children who can experiment by growing different plants in it while learning how to reuse plastic bottles.

Competition chairman, Martin Sixsmith, said: "It’s too early yet to say whether these products will be commercialised, as they are still in their fledgling stage, but if the students want to take them further, we will give them every encouragement.  Our 2014 winner, Michael Tougher, is currently in the process of bringing his ‘Soundbops’ children’s music product to market, and our best known winner was probably Rob Law, the founder of Trunki – the children’s sit-on suitcase concept.

"This year’s entries do show that gardening was clearly a very popular choice of theme.  We asked them to consider, not just new products but connecting people with nature and ideas which would enhance relaxation and the pleasure of gardening.  It is clear the students have really thought carefully about the people who might benefit from this.  We liked the fact they thought round the limitations posed by some indoor and outdoor spaces. These entries have also satisfied the important themes of sustainability and recycling, with due consideration to what happens to the product once it reaches its end of life.

"The winner and one other finalist will be visiting our headline industry sponsor, Covestro, a world leading manufacturer of high-tech polymer materials, in Germany. This represents an exciting opportunity for the two young designers to present their products to an industry which is constantly seeking new and sustainable designs which can be used with their materials."

While the products are still very much in their fledgling stage, and by no means certain they would get to market, the competition does have a track record of bringing products to our shops. Rob Law of ‘Trunki’ (the kiddies’ sit-on suitcase) fame is probably the best example.

Horticulture Week Podcast: ICL's Andrew Wilson and Sam Rivers on how horticultural growers can navigate a reduction in chemical controls

See our exclusive RANKING of garden centre performance by annual turnover plus the FULL REPORT AND ANALYSIS  of the market drawing on our garden retail industry-exclusive research . 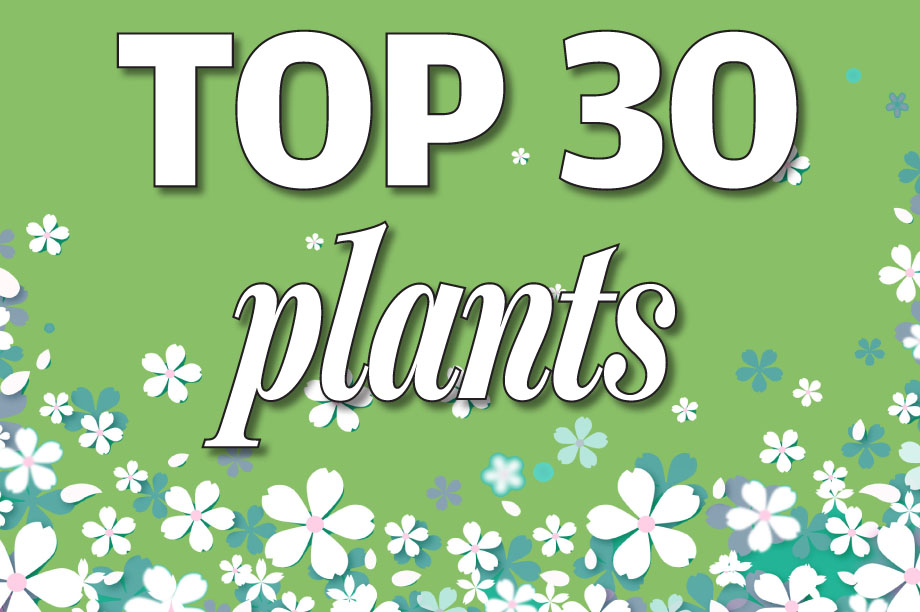 Track the top selling plants, one month to the next