Their endeavour countered both the UK's declining self-sufficiency in salad vegetables and official hostility to the expansion of the Lea Valley glasshouse industry.

As well as the technical challenges of constructing a state-of-the-art £10m glasshouse, the brothers faced an ultimately unsuccessful judicial review of the project's planning consent begun by the Lea Valley Regional Park Authority - consent that had only been granted after two previously unsuccessful planning applications.

Following sustained efforts by the business with support from the NFU, Lea Valley Growers Association and others, the park authority has now conceded that the National Planning Policy Framework does indeed allow sustainable agricultural development within the park.

Also including a warehouse and staff welfare facilities, the building was constructed in partnership with the Bom Group of the Netherlands, with Vince Russo managing the project from start to finish. It boasts many features to improve plant growth and health as well as increasing light and water recycling.

With patented wind-bracing connections, the glasshouse posts stand 6.85m tall, supporting a roof of tempered glass panes 1.67m wide, giving a light transmission of around 91 per cent. Other efficiency measures include an energy-saving screening system and side screening system on outside walls as well as a low-NOx boiler connected to a four million-litre heat storage tank.

A complex system of rain collection from all glasshouse roofs means that the site is self-sufficient in water, with run-off from the crop being stored, treated and recirculated to minimise waste. The site also now features a 6ha lake that will benefit populations of wading birds in particular. 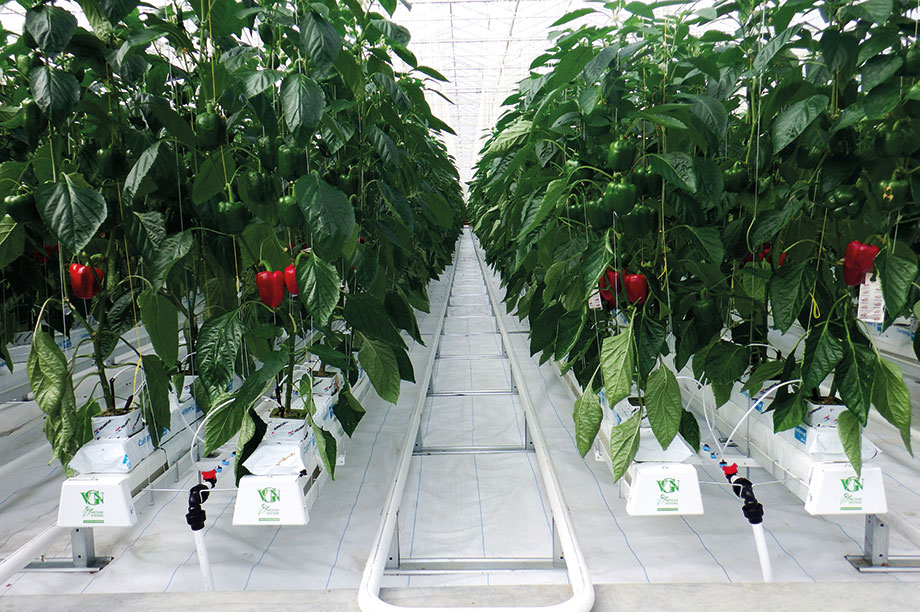 Rijk Zwaan is an independent family business and one of the largest vegetable seed producers in the world. It focuses on the breeding, production and sales of vegetable seeds for professional growers. With more than 1,000 varieties in an assortment of 25 different vegetable crops and with seeds sold in more than 100 different countries, it is right at the start of the food chain.

Can horticultural producers cut energy use and grow more under glass?

See our exclusive RANKING of UK Fruit Producers by annual turnover plus the FULL REPORT AND ANALYSIS .

Help and guidance for horticulture businesses during the coronavirus pandemic