A high-volume, streamline operation, Clockhouse Nursery produces more than one-million quality plants — sold through its busy plant-focused retail centre. Offering customers a huge choice of varieties at a competitive price, it attracts a loyal customer base.

The nursery has a reputation locally for offering an unbeatable selection of plants. It grows, for example, 53 different varieties of calibrachoa. 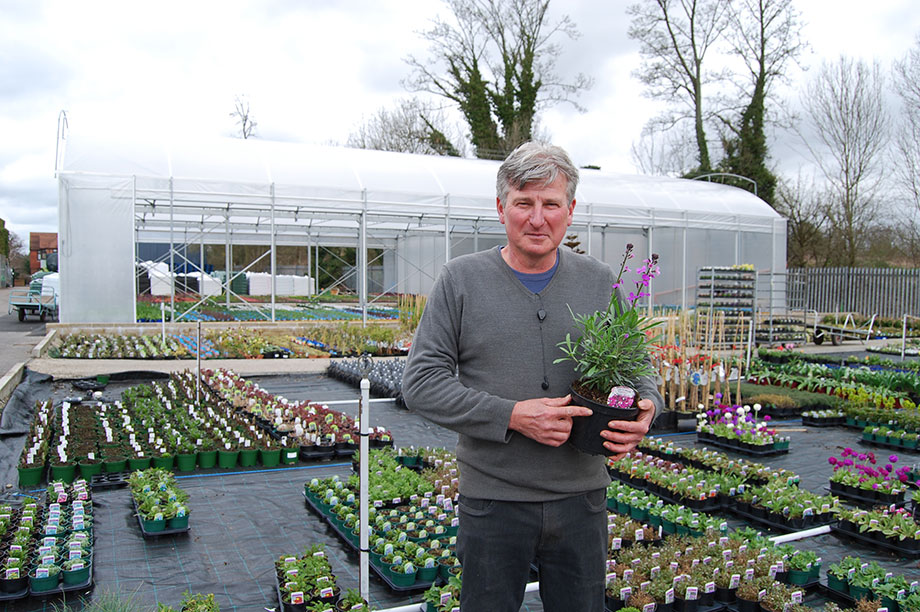 He continues: "We want to give them good value for money and time and time again you hear that our stuff is better than our competitors’ and one of the things that’s down to is Osmocote. It makes a huge difference. We would not want to use anything else. A lot of people tend to rely on liquid feeds but they deteriorate very quickly. Osmocote gives a nice quality."

Mills adds that he often holds stock over for two or three years. "Anything left over will pot well into the next year with no hungry look about it. We’ll grow a batch of 500 and think nothing of putting 200 of them in a 10-litre pot the following year, so we don’t want them to run out of steam when we pot them. We want them to have a bit of meat behind them." 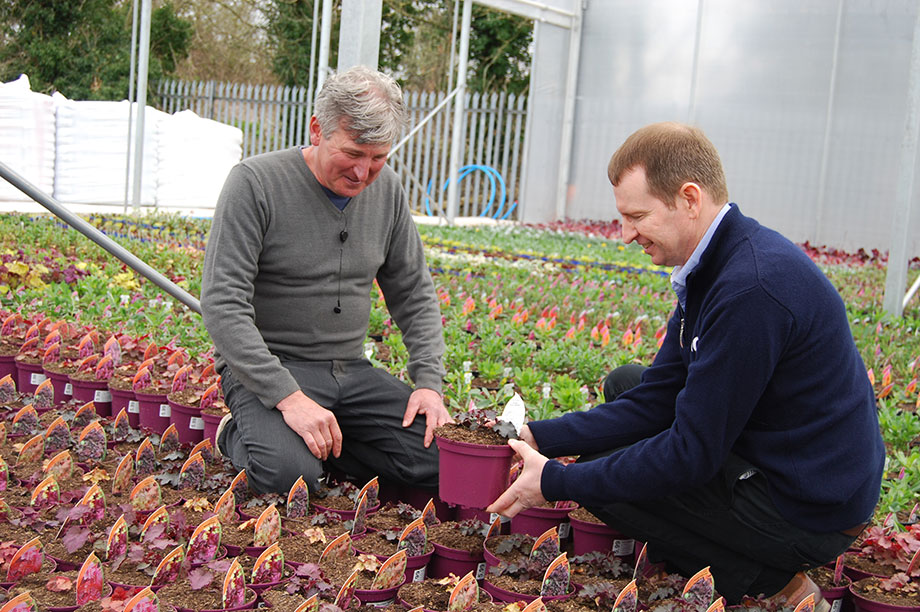 Alongside a continuous and ambitious renovation programme, Mills is a genuine innovator constantly on the lookout for time- and labour-saving new products and technology. To simplify the production and retail operations, the vast majority of plants are potted directly into different coloured pots according to the retail sales price. Levington has been the growing media of choice at Clockhouse for more than 30 years.

"While originally we self-mixed, we’ve switched to Levington Advance Solutions mixes," says Mills. "We currently rely on at least eight different bespoke growing media mixes, all containing different Osmocote CRFs and plant-protection products, including Exemptor, tailored to different areas of our production. The more we can incorporate into the growing media the easier it makes it for our busy production team. For precision nutrition we rely on Osmocote Exact Hi.End or Osmocote Exact Standard with differing longevities — either eight-to-nine or 12-14 months."

"We use Osmocote Bloom (two-to-three months) in all our bedding production and incorporate H2Gro granules in our basket mixes to help with water conservation." Giving plants a bit of a push Mills also uses Osmocote Exact High K "When the plants need a bit of a push". He recalls: "One year we had a lot of hydrangeas that would not flower. So we put the High K in it." Some lines, such as cyclamen, primulas and pansies, may require some supplementary water-soluble feeds. "We use Peters Professional for greening up and to boost flowering," he says. 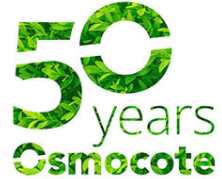