After leaving school he studied at Writtle Horticulture College in Essex, where he met future wife Margaret, who he married in 1960.

Peter was a broadcaster before he wrote for newspapers and magazines — on the BBC Home Service from 1965 and he then later appeared on TV’s Gardeners’ World and on Pebble Mill At One.

He first visited Chelsea Flower Show in 1952 and was a regular exhibitor there up to 2021, presenting the Queen with a posy each year. 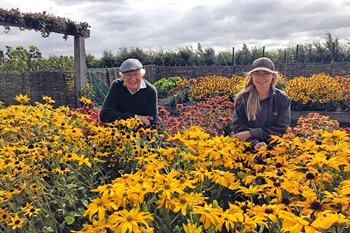 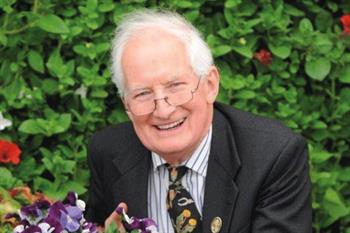 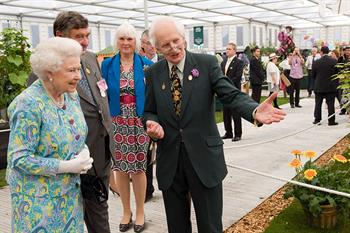 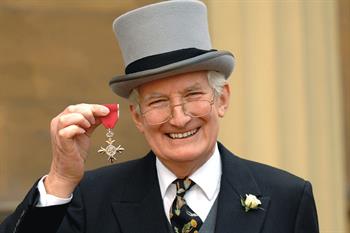 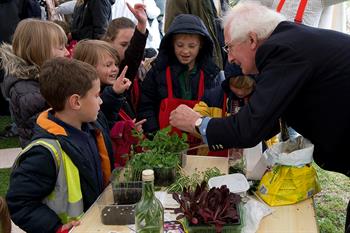 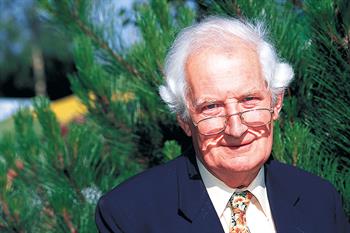 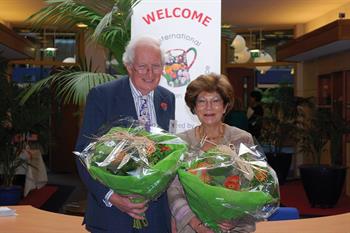 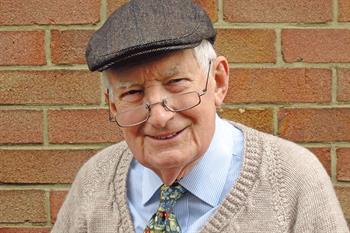 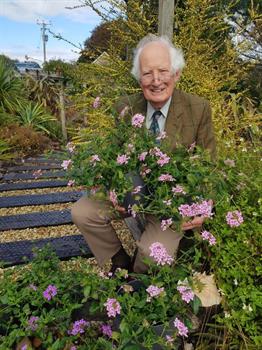 He was horticulture's most-respected and longest serving writer and as Horticulture Week's lead opinion writer was a tireless champion of the industry. He had written for The Sun since 1977 and also wrote for Amateur Gardening for 35 years.

In 2020, Peter’s beloved wife of 60 years, Margaret, died with Covid after living with dementia for nine years. He created in her honour the flower Margaret’s Memory, a pale pink Verbena, and donated the proceeds to Alzheimer’s Research.

Their children, Alison and Roger, issued a joint statement in which they said he "spent many years caring for our mother through Alzheimer's".

They added: "He leaves a big gap in our lives. We are grateful that he was able to live a long and active life, pursuing what he loved right up to the end.

"The messages of appreciation that have come from people who worked with him - some going back many years and some very recent - are overwhelming."

Peter was awarded an MBE in 2005 and he was the only person in the UK to hold the top three RHS awards for services to horticulture: The Victoria Medal of Honour (in 2003), the RHS Associate of Honour (1996) and the Harlow Carr Medal.

He began his career in horticulture aged 10. When he was 16, he was able to pay for a visit to the Netherlands to tour nurseries with money he had raised selling flowers from his back garden to a local florist. After attending King Edward VI Grammar School, Chelmsford he worked for two years on seed trial grounds, then studied horticulture at Writtle College in Essex, earning a diploma in 1956 (and later an Honorary Fellowship in 1997 and in 2018 an honorary degree). After national service (RASC 1956-58), he became a director of Cramphorn (1958-66), and then was Bord na Mona technical representative (1966-70), before becoming a consultant and director of two garden centre companies, William Strike (1972-95) and Roger Harvey (1981-99).

In recent times, as well as broadcasting, writing, exhibiting and campaigning, he threw his energies into Floral Fantasia at RHS Hyde Hall. He was gardening, campaigning to the end, writing columns and then visiting RHS Hyde Hall and WD Smith's Nurseries the day before he died.

Horticulture Week editor Matthew Appleby said: "The whole of horticulture will be shocked and saddened by this news. Peter was the most respected and the greatest gardening writer of his time and will be much missed."

Crab apples should have star billing in their own right because they often give them one more season of interest and provide nourishment for birds and other wildlife in autumn and winter.

Variety plant names must be used

Peat replacement not a simple thing