Those who work in the horticulture sector are most likely already aware that new employer-led standards for the industry’s apprenticeships are being rolled out this year. The standards have been widely publicised because they have been sculpted by respected groups of key employers and trainers, collectively known as "trailblazers".

Yet, as it awaits these new standards, the horticulture trade may not yet know that the way in which apprenticeships are funded is also changing. This includes a new apprenticeship levy and, as many training providers assert, could offer businesses good value for money.

From 6 April all employers operating in England with an annual pay bill that exceeds £3m will have to spend 0.5% of their total pay bill on the Government’s apprenticeship levy. Once these big employers have paid this levy they will, from this May onwards, be able to access funding for apprenticeships through a digital apprenticeship service account, similar to an "e-voucher".

Meanwhile, small and medium-sized enterprises — the majority of the horticulture sector — will not have to pay the levy but from next year onwards they will also be introduced to the digital apprenticeship service.

The Government’s aim is that by 2020 all employers will be able to use this online service to:

David Boyer, business development manager for Enfield-based Capel Manor College, notes that this new scheme offers clear financial incentives for employers of all shapes and sizes. "Levy payers gain a 10% top-up from the Government on the levy they use," he explains. "Unused levy funds are lost to the levy payer after 24 months. Non-levy payers need only contribute 10% of the cost of an apprenticeship, with the rest being Government-funded — taken together with incentives for hiring young apprentices, this offers real value for money.

"Only 1.3% of employers have a large enough payroll to pay the levy and most horticulture companies will not need to. The new terms applicable to non-levy payers should prove attractive. Of course, there are larger employers in scope to pay the levy, including local authorities and the big contractors, many of which already employ apprentices we train. We urge these companies to start planning now for how best to deploy the levy fund and have welcomed approaches from many in recent months to help them develop their strategies."

"We’ve been raising awareness for the past year, including at a gathering of large companies and local authorities in February to discuss the levy, new standards and our foundation degree. At our many meetings and chats with employers the reforms are becoming an increasingly popular area of discussion.

"What we await now is for the Government to approve and publish the new horticulture and arboriculture standards. With that we will be better able to plan and cost delivery."

Like Capel Manor, many other colleges are also actively informing and advising their contacts about the forthcoming levy. "I don’t think employers know a lot about it," says Lee Price, employer services manager at Myerscough College in Preston. "I think it’s for us to try and get that information out there.

"We’ve put a few articles out in the industry press about it but there’s still a lack of understanding. It’s important to try and engage effectively with employers so they can fully understand what the levy is and what the implications are for their business. We are always here to help and support employers the best we can."

Mark Stead, head of work-based learning at Easton & Otley College in Norwich, says it has gone as far as creating a levy guide to "help break down the changes to business and industry". He adds: "Specifically in relation to horticulture and apprenticeships, in the last two years it has been one of our biggest growth areas. We currently train 115 apprentices across the east and at any one time we always have around 10-15 vacancies that we are looking to fill. Therefore we are making a big effort to help support and talk to the horticultural industry in order to both fill those vacancies and ensure that businesses understand and don’t fear the pending levy changes."

Worcestershire-based Pershore College, part of Warwickshire College Group (WCG), is deploying a similar strategy. WCG director of work-based learning Melanie Shaw, says: "We are working closely with our employers both regionally and nationally to advise how the funding will change for apprenticeships when the levy is introduced in April and the impact this may have on their businesses.

"We have spoken with members of our advisory boards and a dedicated team of business development managers are already out talking to large employers to raise awareness and guide them through the transitions. We are holding information events at Pershore and our other colleges for both levy and non-levy paying employers to raise awareness of the changes and the new standards that will be available for their sectors. The feedback so far has been really positive as once we have outlined to employers what the changes entail they really value the flexibility the new system can offer them, especially around existing staffing."

Notably, it is not just colleges that have been making a concerted effort to raise awareness of the levy. Other training providers, such as the British & International Golf Greenkeepers Association (BIGGA), are doing the same. Stuart Green, BIGGA’s head of member learning, says: "The greenkeepers’ training committee, in conjunction with the home golfing unions, have been running workshops to inform employers. This has been backed up by BIGGA informing its members through magazine articles and presentations around the country."

Some people are predicting that the new system could even raise the standard of training provision in the sector. Institute of Groundsmanship head of learning Chris Gray says: "Those larger organisations liable to the levy will want to consider how they might utilise the funds for apprenticeships across their organisation, but will have a more vested interest in making best use of available funds, inferring that a more prudent selection of training provider is undertaken.

"Previously the funding was direct to the training provider, so the interest from an employer in this aspect was negligible at best. This new approach — both via the levy and especially the new funding approach for apprenticeships for employers who fall outside of the levy, which is a significant number — is therefore a positive and exciting move for employers."

Myerscough’s Price has similar sentiments. "There’s been a perception for years that training is free," he points out. "In fact you often see the strapline ‘free training courses’ used by colleges and training providers. In reality training has never been free — it’s usually been funded or part-funded by the Skills Funding Agency with colleges and providers allowing employers to fund or part-fund the training element of apprenticeship programmes.

"For large employers the levy is a game changer. They will want more buy-in to how programmes are designed and delivered. With open competition and negotiation of fees it will create a more competitive environment in terms of provider versus provider. What’s important is that collaboratively all parties ensure that the apprenticeships are of the highest quality and that apprentices get a fantastic learning experience."

Given that the horticulture sector has for decades suffered from a widespread skills shortage, the forthcoming apprenticeship levy and wider apprenticeship reform could perhaps resolve this issue once and for all. 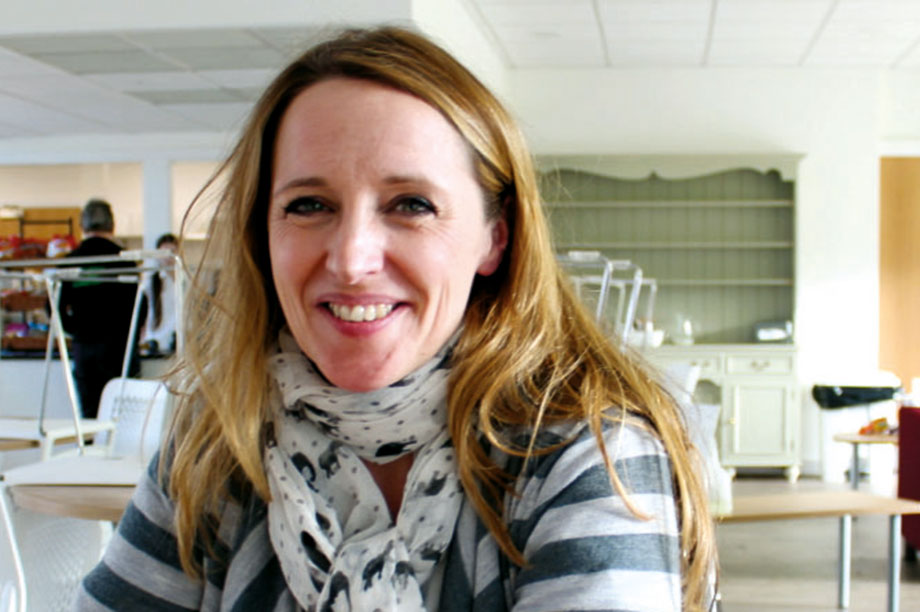 Although they may soon be operating in a more competitive environment, many training providers are clearly ready for the challenge and confident it will create new business opportunities. Myerscough’s Price says:

"Working with larger employers to ensure that their training is standardised and the same is a good selling point for us as a [training] provider.

"We are the first provider nationally to sign up to the new Golf Greenkeeper Standard as Reece Tomalin has undertaken the new City & Guilds level 2 certificate in golf greenkeeping at Trentham Golf Club.

"There has been significant interest in the new scheme and we now have another eight apprentices who are in the process of being enrolled onto the standard so it’s an exciting time for us."

Sarah Hopkinson (picture), head of horticulture at Reaseheath College in Nantwich, Cheshire, has also actively been raising awareness of the new levy.

"Already we have seen employers keen to engage with us to identify training needs, particularly in relation to the upskilling of existing staff members," she says.

"This has created an enhanced dialogue and encouraged even greater partnership working, which can only be beneficial for the industry and apprentices. Levy-paying businesses aware of their training needs are looking to experienced and credible training providers to offer tailored programmes and a flexible approach." Pershore’s Shaw also notes that the forthcoming changes could create new opportunities.

"We believe there are businesses that have not previously engaged with apprenticeships that will come on board as apprentices begin to play a bigger part in their future recruitment policies and support their long-term development and succession planning," she says.

"For those already engaged with apprenticeships there will be opportunities to upskill existing staff members and for them to consider the wider roles within their business."

A better image for horticulture

Why precision is crucial for turf managers using fertiliser

Plan your work schedule with our month-by-month guide.

See our exclusive RANKING of UK Turf Growers by annual turnover plus the FULL REPORT AND ANALYSIS .