A £2.3m investment in protected salad growing at an Essex site marks a major step forward in UK production and import replacement, its backers have said.

Angflor, based at Anglia Salads near Colchester, is a joint development between bagged-salad specialist Florette and Jepco Marketing, supplying solely to Florette. It now has 11ha of protected growing area, which will eventually rise to 40ha.

Florette UK and Ireland managing director Neil Sanderson said: "We are experiencing nearly three times the growth of the bagged salad market as a whole, partly due to advertising.

"Particularly for baby leaves, protected growing will increase, given our unpredictable weather - though we are putting in 50ha of protected growing in Spain as well. Rocket and spinach can only be grown outside in summer, whereas with protection you can grow them year-round. The weather has been good this year, but in a bad year other growers will struggle - a thunderstorm can destroy a crop in a few minutes."

Angflor managing director Patrick Bastow added: "Protected cropping also gives greater technical control and removes the risk of foreign bodies. People don't want frogs or plastic in their bags. It's also a reaction to climate change - we are future-proofing ourselves."

The leaves are chilled on-site then shipped to Florette's Staffordshire plant, where they are washed, dried and bagged, reaching the shelf within three days.

Jepco's trials established that lamb's lettuce could be grown commercially in the UK. At Angflor, this is done on raised beds topped with sand. It now makes up 70 per cent of the site's production, the rest comprising Florette's Peppercress as well as rocket and ruby and red chard.

Bastow said he sees large investments through a more integrated chain as the way forward for British fresh produce. "There are very few growers coming into the industry and among existing ones there is integration and consolidation. For research and new product development, a company like Florette can have complete control, rather than going to an outside grower - and we get long-term supply contracts so can raise the finance. That will become more the norm."

Sanderson added: "Growers have to either get bigger or integrate because the investment required is getting bigger."

Finding suitable staff has been something of a headache at Angflor, according to managing director Patrick Bastow.

"You can find senior managers but we are on our fourth tractor driver in 12 weeks," he said. "Not everyone wants to work in polytunnels and you have to be really precise - yields are down to the quality of the workmanship. It's something we are having to plan for, which we didn't expect."

Florette managing director Neil Sanderson added: "We are working with Harper Adams University to bring in new people as part of our sustainability strategy. We need to innovate to make it more attractive."

Horticulture Week has listed 35 high-performing young people from across the horticulture industry aged 35 or under.

Horticulture policy is a busy area at present, with the Agriculture Bill, Environment Bill, Brexit, seasonal workers and plant health among the big national issues. 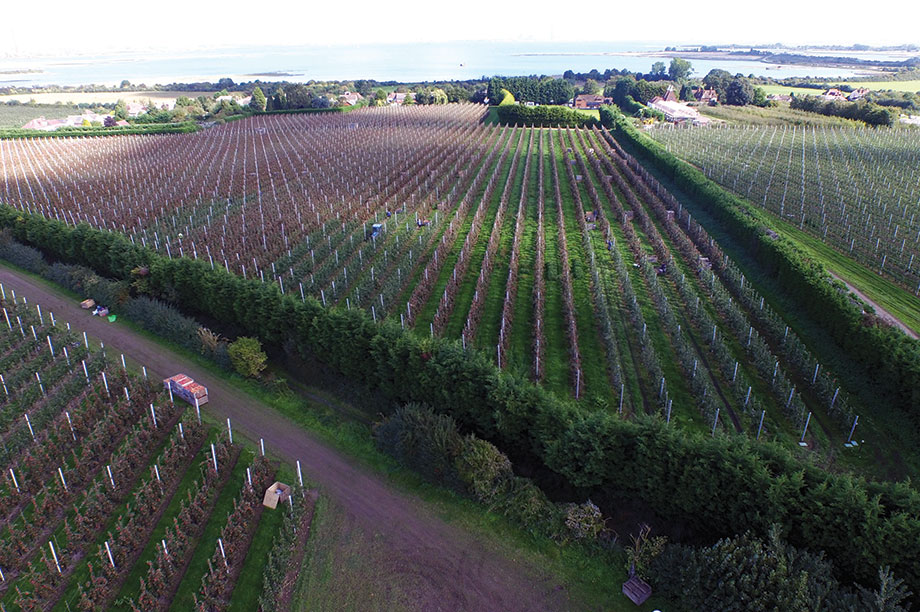