At 2.8 hectares, Gillespie Park is Islington's largest nature reserve. The park represents a hugely important natural green space for both people and wildlife, not least because Islington is such a heavily built up borough that has less green space per person than any other local authority area. Gillespie Park has been evaluated as a Site of Metropolitan Importance for Nature Conservation and it was declared a Local Nature Reserve (LNR) in 1996. Owned by the London Borough of Islington, Gillespie Park is managed by Islington’s Nature Conservation Team, with four members of staff based at the Ecology Centre, including an apprentice, who is on a two-year Apprenticeship in Horticulture and Landscaping. The management of the park is set out in a new five-year Management Plan for 2019 to 2024 with key aims including biodiversity, community and education, engaging local people to develop a sense of ownership, volunteering, and promoting the health benefits of accessing greespance.

There are several key habitats at Gillespie Park which include meadows, ponds, woodland, hedgerow, a wildlife garden and amenity grassland. The paths and the amenity grassland are mown by council staff and bins and litter are collected at least three times a week. Trees are inspected by the council's Tree Team which is also responsible for carrying out arboricultural works. However, the majority of other management tasks on the site are carried out by volunteers.

The team has built up a thriving volunteer community, achieving 2,500 volunteer hours a year. Staff run a weekly volunteer group with between 8 and 15 people attending plus corporate volunteer days. Volunteers are supervised at all times by staff who have rigorous risk assessments in place, including individual risk assessments where necessary for vulnerable volunteers. 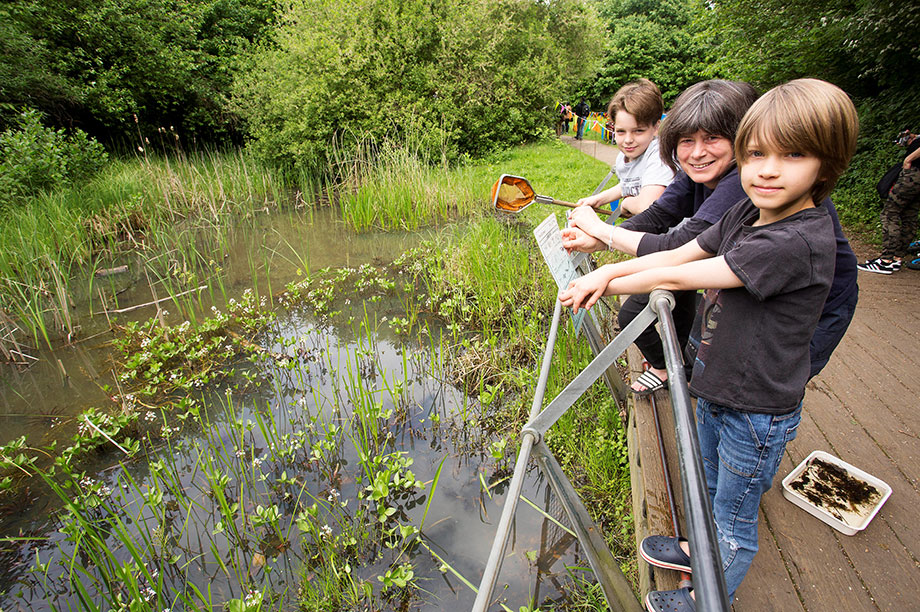 In 2017 and 2018 the team recruited volunteers to help conduct a survey of the meadows using quadrats and a method that is repeatable every year. The data collected helps inform when and how often to cut the meadows, a task carried out by volunteers using traditional scythes and rakes.

Staff carry out site safety checks once a month in addition to weekly checks of main paths and any areas of known anti-social behaviour activity. They work closely with the Parks Patrol who are able to assist with many of the issues that are experienced in the park such as drug use, dog fouling and rough sleeping.

Working with The Friends of Gillespie Park, which organises several events throughout the year - Apple Day 2018 attracted 500 people for example - and other community groups from Freedom from Torture to Arsenal in the Community is also key. Local people use several growing spaces at Gillespie Park. Staff at the Ecology Centre lead around 60 curriculum linked school sessions a year, work with charity The Garden Classroom, forest school sessions run by Woodentots Nursery and offers guided walks to visiting secondary school groups.