Priory Park is Dudley's premier historic park. Enveloping the site of Grade I-listed Priory Ruins, a Scheduled Ancient Monument, and Dudley's register office within the Grade II listed Priory Hall building, the park opened in 1932 featuring tennis courts, bowling green, rose garden and sunken pond. In the 1950's a shelter and pavilion were added. It has since been designated as a Grade II Park and Garden of Special Historic Interest and attracts more than 400,000 visitors a year.

The park has been winning Green Flag awards since 2014 and Green Heritage awards since 2016. Feedback from Green Flag judges in 2018 included: "The park is very welcoming, safe and secure - very well maintained and clean"; "The park has a lot of biodiversity and heritage for such a compact site" and "The council officers are very experienced and have a good knowledge of the park and services".

Priory Park completed a five-year HLF-funded restoration project in 2016 which provided a new community space, planting, enhancing historic structures, recreational provision and interpretation. The funding also paid for a ranger on site seven days a week to support community activities during the project, including working with college student placement volunteers and the National Citizen Service (NCS) initiative. A community café due to open in 2019 will further bolster engagement. 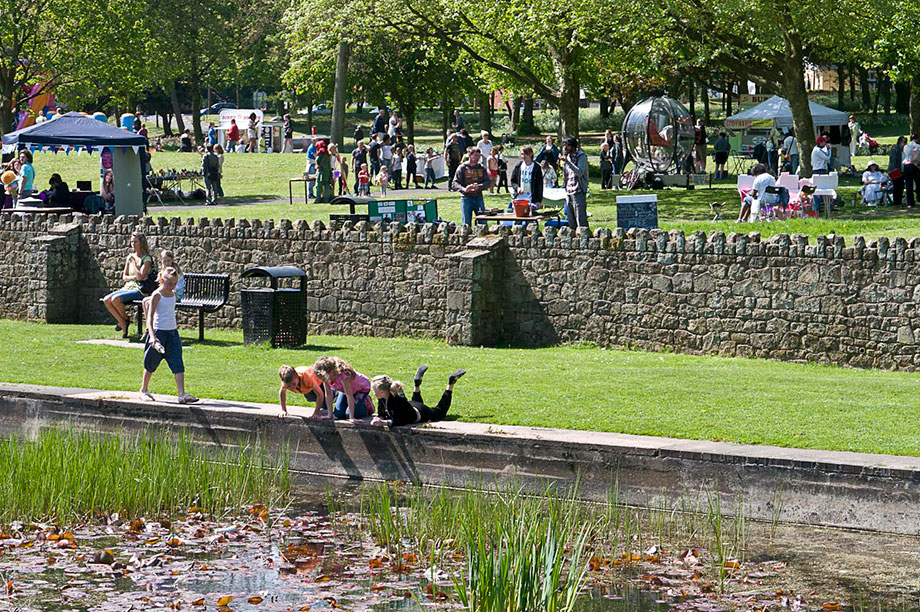 Horticulturally Priory Park has moved towards sustainable herbaceous, wildflowers, shrubs and bulbs to provide colour and interest. The team has undertaken a recent maintenance uplift to ensure features remain in good condition. Green waste and litter is recycled and the pavilion has a range of energy saving measures installed.

The park has a formal rose garden and the central courtyard area of the ruins holds a heritage herb garden. The park is home to a rockery and areas of less formal planting, with; snowdrops, daffodils, crocus' and scarce snakes head fritillary plants.

An avenue of clipped hornbeam makes a statement through the park. Borders have been planted with Rhododendron and Azalea. Recently, three young rowan trees have been planted by Dudley Youth Council and the local MP for the Queen's commonwealth canopy. An average of eight young people a year are trained under the council’s horticultural apprenticeship scheme, which has led to the park embracing changes to traditional practice, for example the reduction of annual bedding and introduction of new areas of wildflowers.

Following the restoration, the team implemented a conservation management plan. The council has added interpretation panels in the park, developed an app to help visitors access the park’s history and a new education pack will be distributed to 100 local schools in 2019.

Is there a future for pesticide use?