Mount Grace is the best preserved Carthusian priory in England, founded in 1398 and in operation until the dissolution of the monasteries in 1539. It was incorporated into two later houses: a 17th century manor, a rare building of the Commonwealth period, and a larger Arts and Crafts house under the ownership of the ironmaster Sir Isaac Lowthian Bell. The restoration of the gardens includes both an Arts and Crafts Terrace and water garden and a unique reconstruction of a 14th Century Monks Cells Garden, as well team expansion and community engagement. As a result English Heritage saw an increase in visitor numbers from around 20,000 a year to more than 43,000.

In September 2017 English Heritage, the Wolfson Foundation and a private donor invested £700,000 in the site, with a plan to renovate the gardens in the Arts and Crafts Style to reflect the house. It engaged Chris Beardshaw on design and appointed a new head gardener and gardener in May 2017. The gardens team’s job was to plant the scheme with the help of volunteers they recruited.

The design reshaped lawns and extended footpaths for greater visitor access, creating new focal and destination points including an Arts and Crafts summerhouse with interpretation for visitors.

The team and volunteers cleared all existing beds and weeded, removed trees, and prepared the soil with 22 tonnes of soil improver. Beadshaw's scheme involved some 6,500 new plants and 27,000 bulbs started in October 2017. An orchard was also created with local variety fruit trees in a native meadow setting, with seating areas for public recreation and enjoyment. The project also created a visitor centre and café, resurfaced the car park and approach road and restored the complex hydrology of the site which feeds a moat and lakes via as series of small stream and rills, which was vital for the effective drainage and aesthetic of the site. The re-dredging of the historic moat alone involved the clearance of a total of 18,000 tonnes of silt. 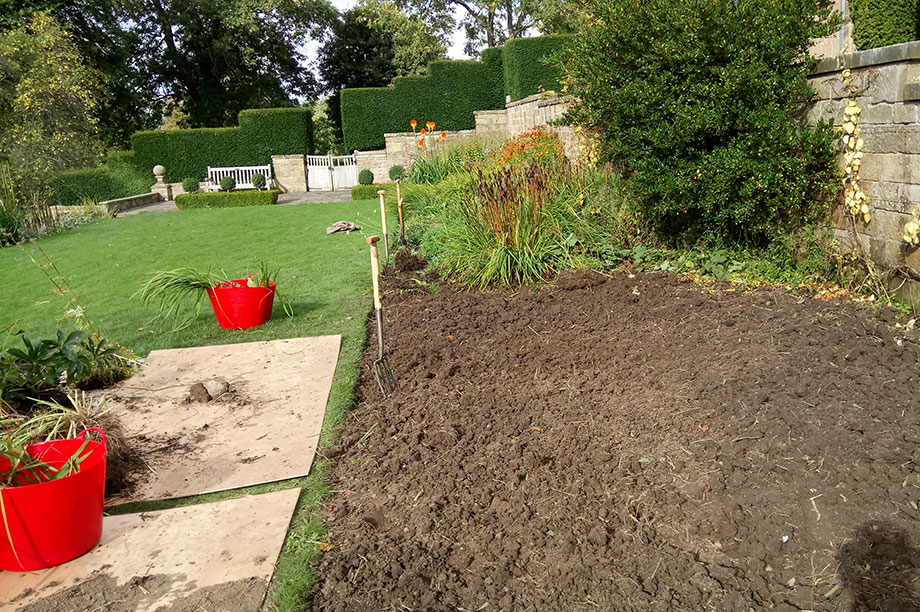 With an in-house garden team the complex planting of both Chris Beardshaw's Arts and Crafts and the Monks Cell Gardens can now be maintained, monitored and improved.

Elsewhere on the site wildflower meadows were created, the moated island is having a new arts and crafts bridge linking it with the main site (re-establishing the old link after nearly 300 years), and a damp meadow created, the lakes are being managed for reeds by the in-house team, and volunteer groups. With the waterways restored waterlogging, which tainted the site, is now a thing of the past.

The official opening was held on 19th June 2018. Throughout the summer visitor numbers increased, doubling the previous visitor figures, to over 43,000. There are now more than 20 garden volunteers and activities for them are held twice-weekly.

I was pleased to read your article on Women in Horticulture as a life-long horticulturalist and a woman.

Chelsea Flower Show in autumn could be dazzling

Why urban gardens are crucial for conserving bees and butterflies

In an article written for The Conversation, Katherine Baldock, senior lecturer in ecology, Northumbria University, explores how urban gardens can help conserve bees and butterflies.