Abbotsbury Subtropical Gardens in Dorset started as a walled garden in 1765 and has become one of the best private woody plant collections in the country.

The garden’s unique sheltered woodland valley close to the sea provides its own special microclimate which has enabled it to be at the forefront of growing rare, unusual and exotic, half hardy plants from around the world. This is gardening on the limit of the plants' natural ability to deal with winter cold.

There is also a strong connection with its past as the estate has been in the same ownership - the Earls and Countesses of Ilchester - since 1765. Massive storms of 1987 and 1990 nearly saw the end of this special atmospheric garden but its story is one of perseverance.

Horticultural manager/Curator Stephen Griffith joined after the storms and developed two 10-year plans to lay out the garden’s revival, and has just completed a further three-year plan. He became so interested in his research about the garden’s fascinating history that he spent three years writing a book on this subject which the garden sells in its shop. He said the book is also about its challenges and changes over the years from the point of view of a head gardener.

Gardeners give guided tours and Griffith gives talks to interested groups and societies. As an affiliated RHS garden for several years, Abbotsbury holds RHS-themed events, such as the RHS Hydrangea day last year which featured practical pruning and planting demonstrations. For the past three years the gardens have been involved with an ongoing RHS trial of Hydrangea macrophylla cultivars with the results of recommended AGMs for next year.

The plant collections in the garden include introductions from Royal Botanic Gardens Kew and fom independent plant collectors including Roy Lancaster. A two-year arboricultural survey has completed this year which provides the garden with a risk assessment for over a thousand trees and gives guidance for the tree management strategy.

In recent years an extension has allowed the creation of a Jurassic coastline walk with interpretation panels which tell the story of the coast’s smuggling history, flanked by Magnolias along with thousands of snowdrops and daffodils. A Jurassic swamp garden features plants known to have been around at the time of the dinosaurs. To add to the experience the garden has a rope bridge across the pond.

The garden features a colonial restaurant, has a license for marriages and holds a series of cultural events. Staff have adapted to also managing and running events from music concerts to Shakespeare plays. 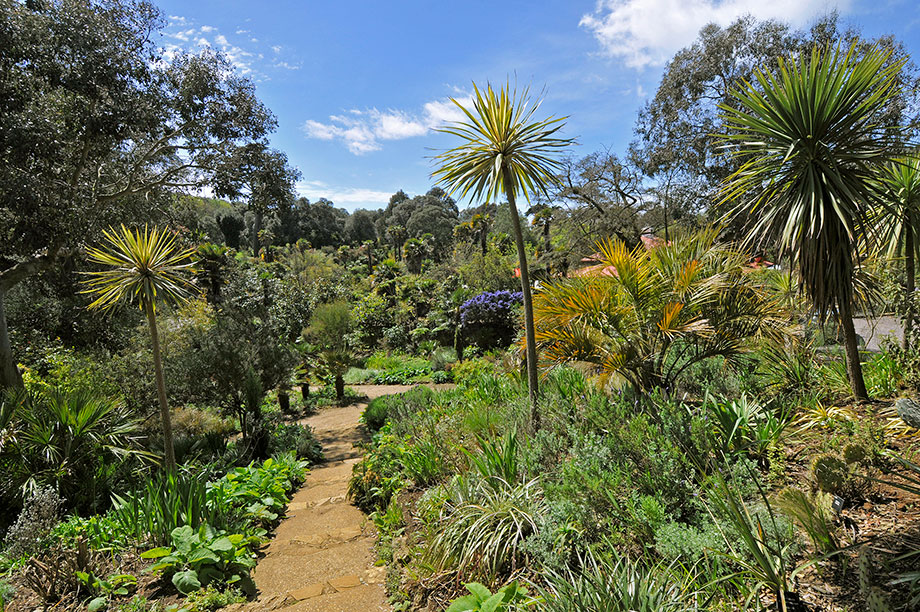 Neil Bancroft, a senior landscape architect at HarrisonStevens in Edinburgh, argues that World Earth Day marks an opportunity to raise awareness of the value of natural capital.

I was pleased to read your article on Women in Horticulture as a life-long horticulturalist and a woman.

Chelsea Flower Show in autumn could be dazzling