As ever, this year’s Four Oaks Trade Show in Cheshire features impressive, large displays of specimen plants and mature stock sourced from across the UK and the continent.

Owner Simon Earley says nurseries are growing bigger bedding in bigger pots, with a move towards more instant plants and bigger plugs for late spring and early summer. Demographical changes and the poor March of 2018 are behind this, he explains, adding: "Customers don’t want to grow it, they want to own it — to have something doing the job for them."

Richard Harnett of Kernock Park Plants says the Saltash-based supplier of plugs and liners is "always enthusiastic" about the Four Oaks Trade Show. "We regard it as the major show of the year." Kernock is displaying new product for the 2019-20 season after a "healthy" 2018. Its highlights for 2019 include 80 new varieties such as Proven Winners Salvia Rockin’ ‘Deep Purple’ and Nemesia ‘Pink Lemonade’. Old favourite Plectranthus Mona Lavender is back, while Heuchera ‘Forever Red’ is new. 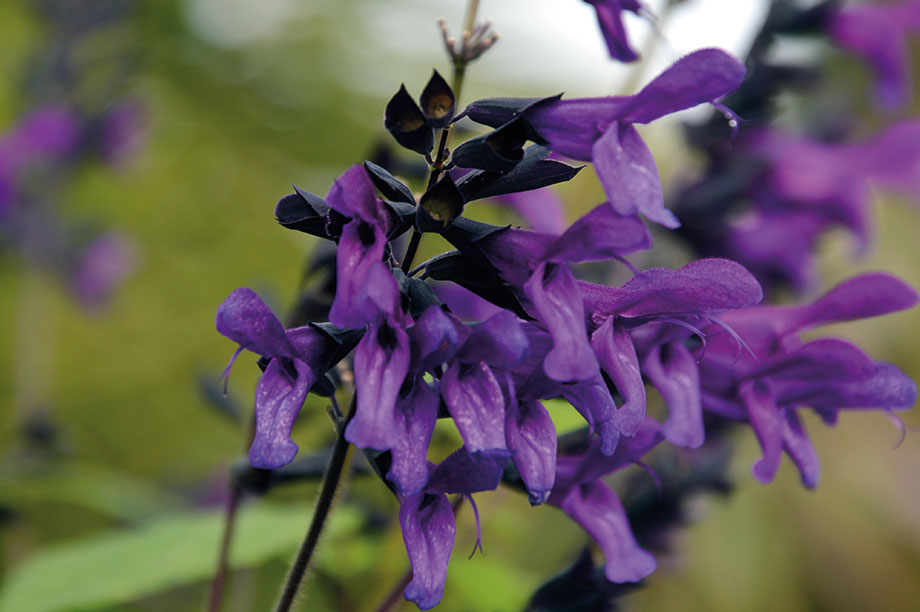 The new Salvia Rockin’ series — ‘Deep Purple’ and ‘Fuchsia’ — are more compact, free-branching, more grower-friendly versions of the ever popular guaranitica forms such as ‘Amistad’. "Think of them
as ‘premium annuals’," says Harnett. "They are brilliant for containers and front to middle of the border, and will provide brilliant colour all summer long."

Kernock’s other new petunias include ‘Vista Fuchsia’ and ‘Purple Cream’. There are perennials
galore, from alpines to hardy and herbaceous types. Beschornaria ‘Flamingo Glow’ is a yucca-type variegated plant. Harnett adds: "Nowadays we select our heuchera from 50ft. If they’re not good enough to set themselves apart from other heuchera at that distance, then they don’t make the grade." Kernock has also introduced ‘Forever Red’ and ‘Champagne’ as well as its Heucherella ‘Leapfrog’.

"It has fantastic rose/bronze new fronds in spring to early summer which age to a golden frond and is perfectly hardy," says Alcock. "I am particularly pleased to see a new hardy fern development as they are increasing in popularity and there hasn’t been much work on new ferns — apart from my Blechnum ‘Volcano’ of course."

For 2019, he would like to have more plants ready earlier and, even after the slow start to 2018, he plans to increase production by 5% in 2019 after upping it by 10% in 2018. Over the past three years, production has risen by 50% at the North Wales nursery. Launches in 2018 include Dreaming buddlieas and Fox series heucheras.

Pentland Plants is entering Dianthus ‘Peach Party’ into the new plant awards at the Four Oaks Trade Show. A new variety from Selecta-One breeding, it is a hardy dianthus suitable for various pot sizes and has a long flowering period of up to 10 weeks. The next flush of flowers follows a few weeks later. An abundance of attractive, small, apricot-coloured flowers are produced in spring. In summer, these flowers develop a strong red eye that contrasts nicely against the lighter apricot edge. 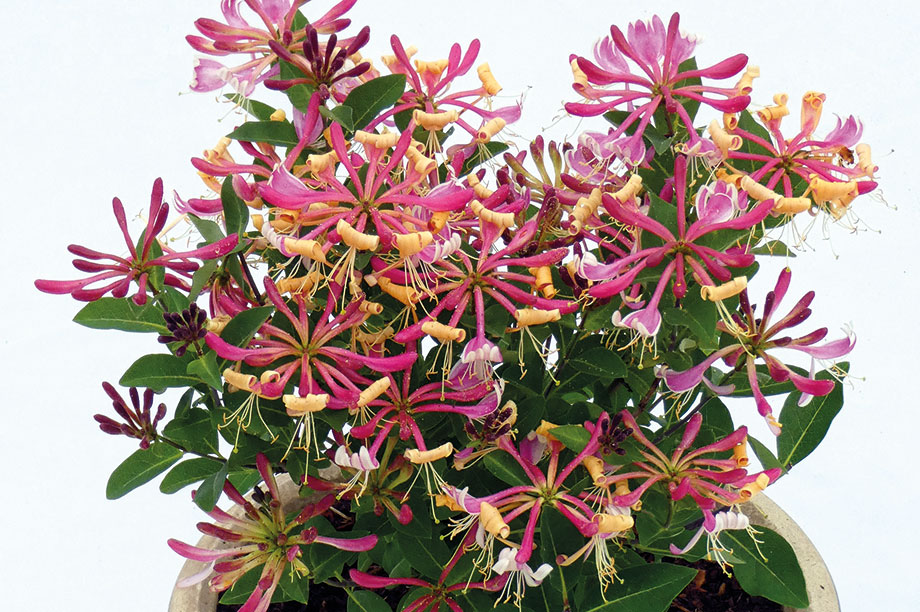 Genesis Plant Marketing has a range of new introductions from its UK breeders, focusing on a group of six new nemesia colours that will come onto the market. Commercial director Nigel Judd says these are bred for good, strong garden performance, contrasting bicolour flowers, scent and good cutting production potential.

There will be two new additions to the three Penstemon Pentastic series over 2019 and 2020, starting with Pentastic Blush. Forming a well-branched plant with one pinch, the Pentastics are programmable to flower from April to October.

Carpinus ‘Rockhampton Red’, already introduced for the garden and landscape market, is also at the show, aimed this time at sales being developed into the hedging market. The advantage of this over other hornbeam is its beautiful red and orange autumn leaves.

Botanics International has new Elsner Pac introductions to the Flower Fairy line of zonal geraniums, including red Splash. Also from Elsner Pac is the addition of ‘Vera Apricot’ to the hanging verbena line. 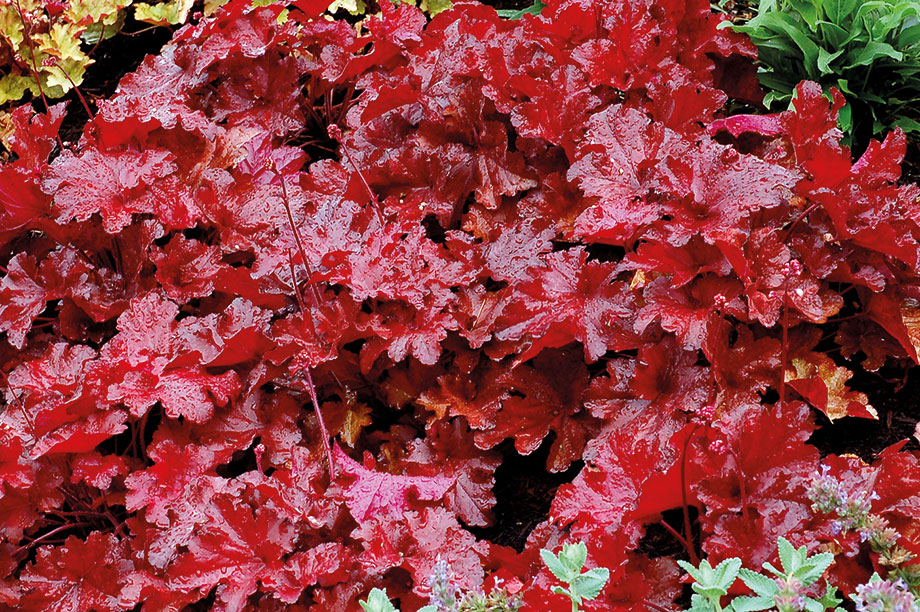 Fairweather’s Nursery has a new allium and eryngium range as well as its 30-plus variety range of agapanthus including the new ‘Ever Sapphire’ and ‘Fireworks’. The nursery also grows more than 90 different lavenders.

David Austin Roses is showing new varieties such as ‘Emily Brontë’ and ‘Mill on the Floss’. Beaver Plants is exhibiting aquatic plants and its Lifestyle Plants brand. 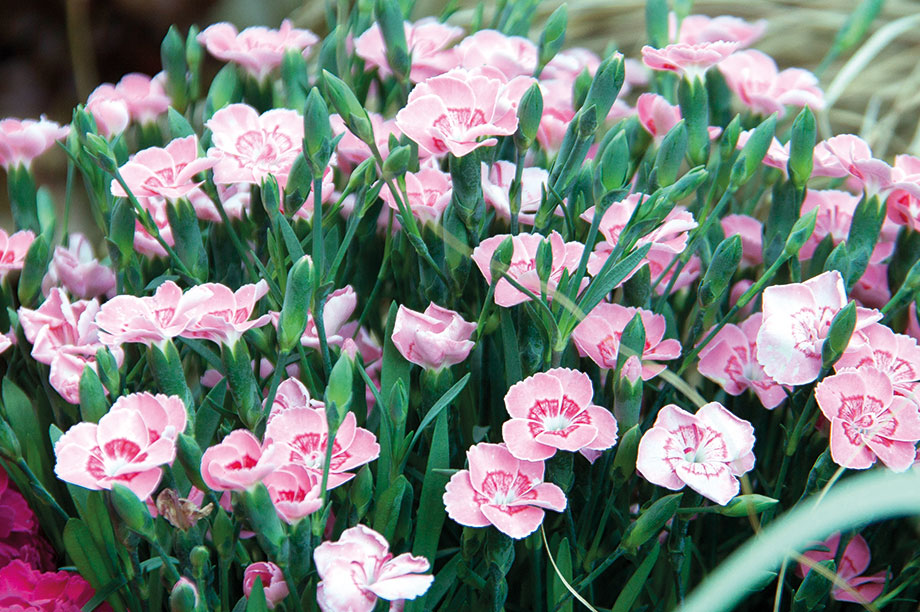 Suntory/MNP Flowers have a number of new introductions including Argyranthemum Grandaisy — a new series introduced from Suntory breeders.

Volmary introductions for 2018 in the Powerliner range include Heuchera ‘Apple Crisp’, Malva ‘Blue Vein’, Anemone Fantasy Series and Salvia ‘Sky Blue’. Bare-root perennial and herb production has increased, while 2019 will see the introduction of a new lupin Tower series, available in nine colours.

Exhibiting for a third time at Four Oaks, Plant Iberia is an established business with 12 years of experience supplying wholesalers and nurseries with hedging and aromatics. It is showcasing 25-litre specimen hedging, cherry laurel, Portuguese laurel and Griselinia litoralis. New to its range for 2018-19 are Choisya ternata ‘White Dazzler’, Ilex crenata ‘Luxus Spire’, Ilex crenata ‘Caroline Upright’ and Griselinia ‘Green Horizon’. The company also supplies evergreen specimens and exotics such as palms, along with ferns, olives, camellias and conifers.

Giorgio Tesi group from Pistoia in Italy is displaying young plants up to large specimens, including geometric shapes, street trees and garden centre and supermarket plants. The group has new MPS class A certification and works with CNR Institute for Plant Protection on disease-resistant cypress and elm. 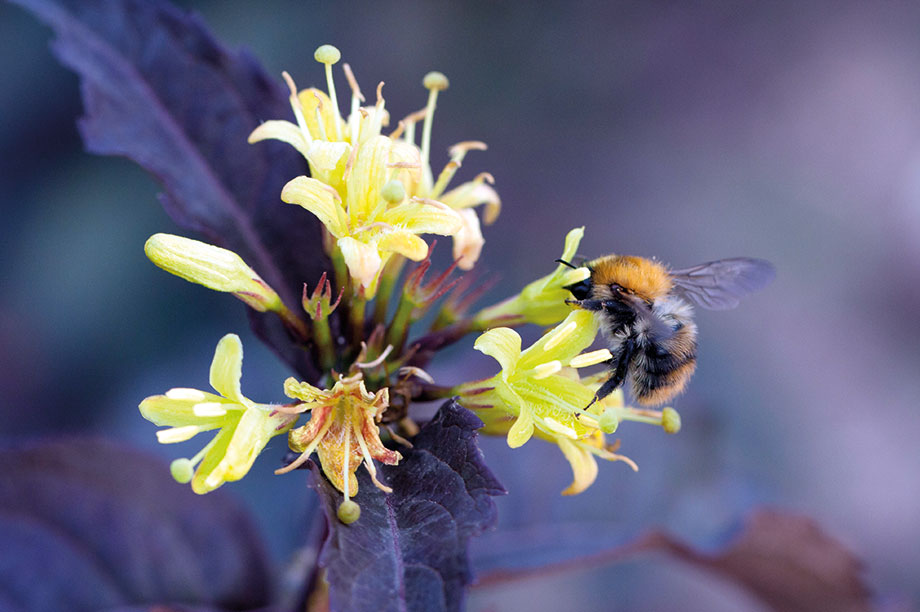 Japanese Hort Business is a fairly new firm that imports Niwaki garden bonsai from Japan. It is a 50/50 public-private partnership, supply and maintenance company backed by the Japanese government.

Consorzio Ortovivaisti Pistoiesi is another co-operative of Italian producers, cultivating an area of 80ha. Their whole production is sold exclusively through Consorzio, which reduces prices and shortens the supply chain, supplying container and root balls to garden centres, landscape professionals, architects and local authorities.

Covili Franco, also from Italy, is at Four Oaks again — continuing a 20-year run of exhibiting — with a large selection of specimens.

JD van de Bijl of the Netherlands is showing trees such as Globe Robinia and Prunus cerastifera ‘Nigra’ from its 400 varieties.

Galardi Piante of Italy is at Four Oaks for the first time, with a range from three to 1,500 litres that includes bamboos, conifers, climbers, espaliers, shrubs, topiary art and trees.

Jan Nieuwesteeg Nurseries of the Netherlands is displaying its range of large flowering rhododendron hybrids in a variety of containers. 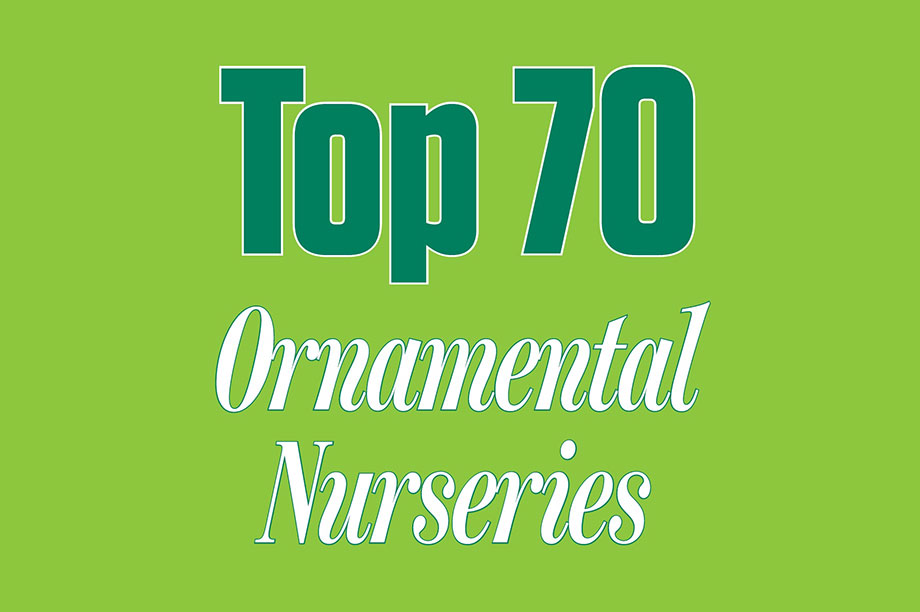