Professor Geoff Dixon is managing director of GreenGene International. He is a consultant and author and senior research fellow at the University of Reading’s Centre for Horticulture & Landscape. 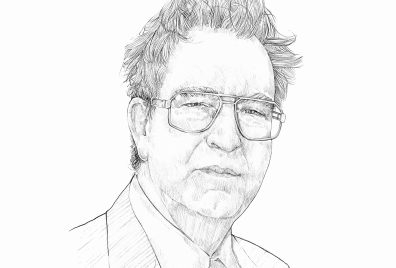 Opinion...Disproportion in risks and returns

Opinion... How science can open up markets

Opinion... Bridges needed across the sectors

Horticulture Week's careers guide (HW, April 2018) is a revealing insight into what constitutes "a horticulturist". Horticulture is a coherent discipline.

Opinion... Get rid of plastics in Horticulture

Horticulture is typified by innovative thinking. Leaders in change are producers of fresh produce propelled by cost reductions and price stagnation.

Dixon on...Urgent need to put agriculture back at the heart of policy

Titles mean a lot. When Defra was formed in 2001, "agriculture" was deleted from its title. Environment, food and rural affairs were then fashionable terms. Agriculture, in the widest sense including horticulture, was politically very unfashionable. Hence Great Britain became one of very few countries where the essential rural industry and dominant formative landscape force was lost.