Almost 500 stands have been sold so far. The Four Oaks Trade Show began as a nursery open day in spring 1971. The Coutts Brothers, pioneers in the use of supplementary lighting through collaboration with the University of Manchester at Jodrell Bank and the local electricity board Norweb, decided to share the technology with local growers. Hundreds turned up, including Bill Hannah and Doug Bradbrook whose business Bradbrook and Hannah had started a couple of years earlier, growing bedding plants. Hannah recalls being shocked to see Antirrhinum outside at Four Oaks in early February, way before the usual timing for northern England of May.

He also recalls the late Pat Coutts, who went on to lead the show to become the event it is today, demonstrating pricking out at a rate of ‘26 trays an hour’ a feat believed to be unrivalled. Ravensworth Nurseries, as it became known, has exhibited ever since, now with the next generation at the helm, Fiona Dean, Matthew and Jonathon Bradbrook.

Christina Walker of Four Oaks said: “We’re hugely grateful for the support of so many loyal exhibitors who are now chomping at the bit to return to Four Oaks and we’re very excited to host the industry event of the year once more. We also have a raft of new exhibitors, bringing products as diverse as electric vehicles, Christmas decorations, customs and currency services and of course lots of fantastic plants which are the heart of the show – including a Belgian Pavilion of nurseries organised by VLAM. It’s going to be joyous to have everyone back to celebrate the 50 th anniversary with us and to come together at a time where the sector has the great challenge of retaining millions of new gardeners gained over the last two years.”

There is a new Educate, Innovate and Collaborate zone. 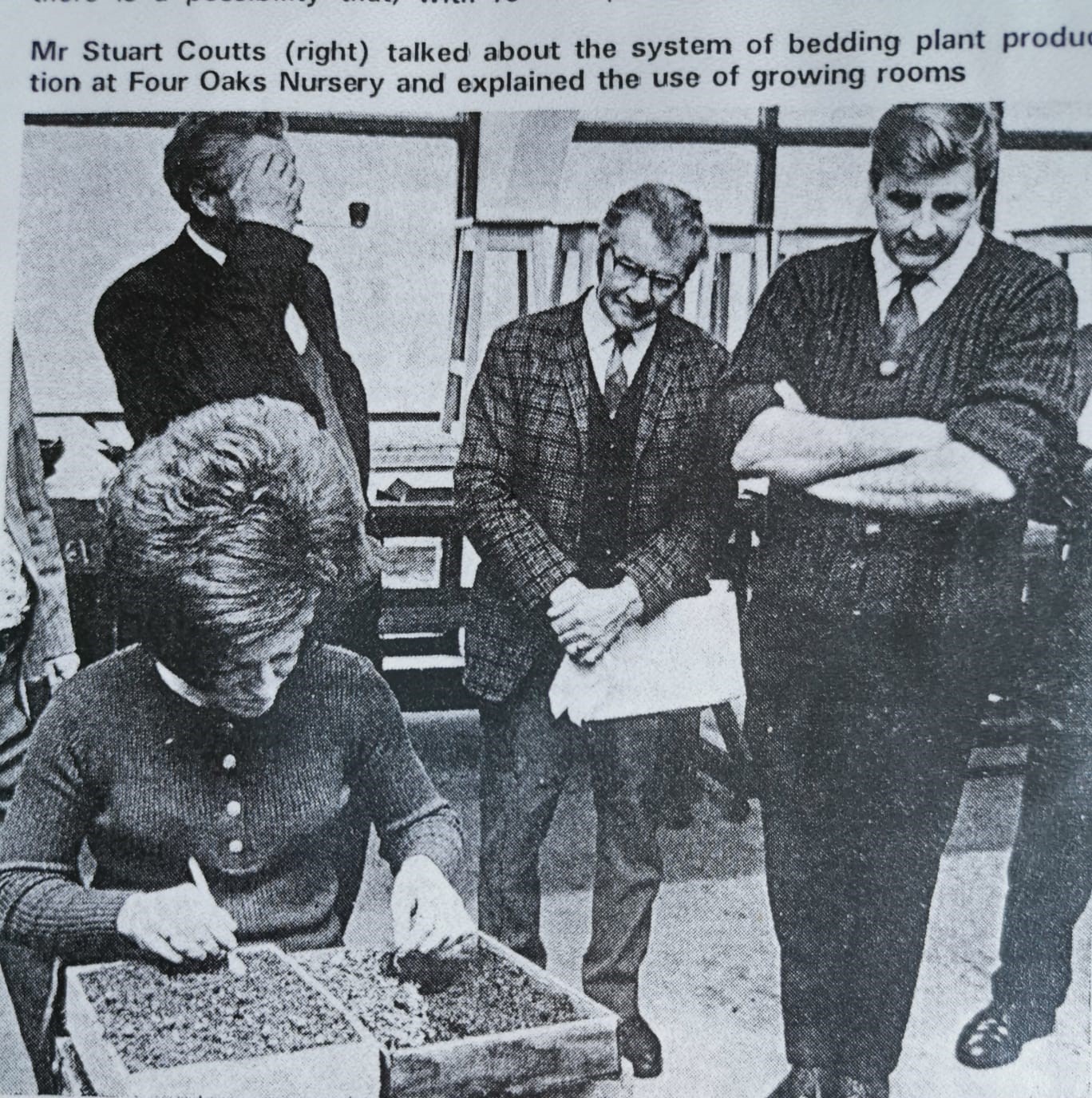 Crab apples should have star billing in their own right because they often give them one more season of interest and provide nourishment for birds and other wildlife in autumn and winter.

Variety plant names must be used

Peat replacement not a simple thing