Since starting in 1971, the Four Oaks Trade Show in Cheshire has become a fixture on the professional horticulture calendar. Now in its 47th year, there will be plenty for those attending to catch up with the latest offerings from both young and finished plants.

New for this year’s show on 5-6 September will be first-timers as diverse as Italian hardy stock nursery Mondi Plants and British instant screening specialist Readyhedge. 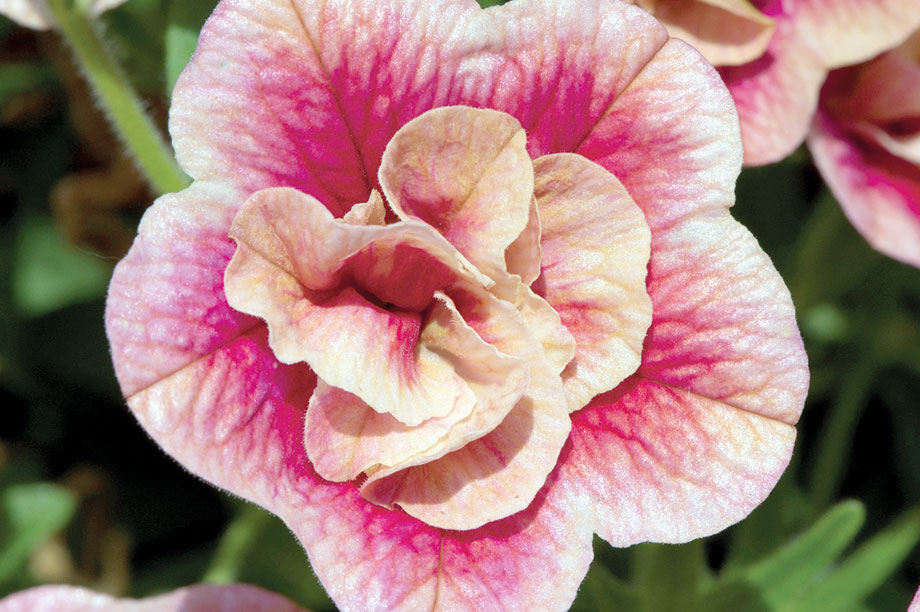 Calibrachoa Can Can - image: Ball Colegrave

Ball Colegrave will present its recently introduced novelties along with a special preview of new
"game-changing" varieties for the 2018 season. These include introductions in Calibrachoa, celosia, dianthus, digitalis, hybrid impatiens, Lavendula, osteospermum, petunia, salvia, Trixi and verbena.

"Bringing you the best genetics from breeders all over the world is simply not enough," says Ball Colegrave marketing manager Stuart Lowen. "At Ball Colegrave all new plant varieties are thoroughly evaluated at our West Adderbury trial grounds for pack, pot and garden performance. Our ‘Tried & Tested’ policy brings you an assurance and complete confidence that all our new introductions will perform on the nursery, at retail and in the garden."

Ball will also announce the top varieties chosen by visitors to this year’s Summer Showcase event, possibly including some of the 700 experimental varieties being trialled.

Independent UK plug producer Earley Ornamentals will be launching its 2018 product supplement at Four Oaks. Earley Ornamentals managing director Simon Earley says: "Being independent gives us the freedom and flexibility to refine and develop our product offer so that as an independent UK plug producer we are able to deliver excellent commercial growing opportunities for an evolving marketplace.

"We’re mindful of the changing environment, consumer horticultural habits and shifting seasons, and our Earley experts select the best genetics from the world’s leading breeders. With access to such a wide portfolio of varieties, we can assure an innovative assortment of quality young plants with production tailored to customer needs exactly." 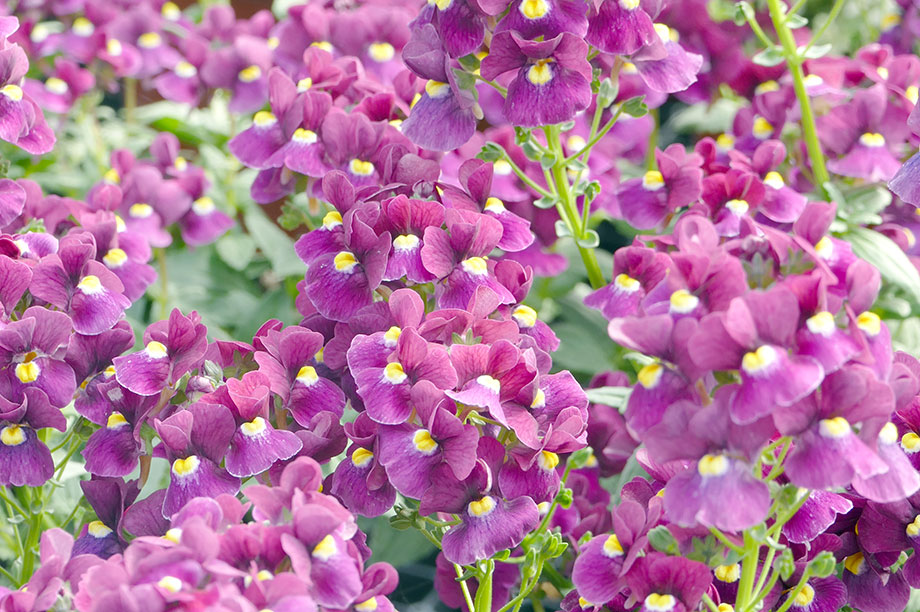 The Earley Nemesia range will be expanding in 2018. New varieties on show will include ‘Bordeaux’ and ‘Lilac Queen’. Also featured will be new colours Compact Magenta Imp and Compact Purple from Earley’s SunPatiens range, which offers opportunities for the domestic market and large landscape projects given its design flexibility.

Award-winning Penstemon Pentastic will also be on the stand. Other new additions will include SuperCal × Petchoa Light Yellow as well as products from the Fuchsia collection and the large-flowered Pansy Premier, which features an extended colour range for 2017-18.

New plants include Rudbeckia SmileyZ series (Laughing), Thalictrum ‘Nimbus White’ and Passiflora ‘Snow Queen’, winner of the 2017 HTA new plant award for shrubs and climbers. Heuchera ‘Forever Red’ has "the reddest leaves ever", while Festuca ‘Intense Blue’ "is one of the best blue forms with dense tufts of bluer-than-blue leaves that remain blue all season". Other launches include Nandina ‘Obsessed’, Helianthus ‘Suncatcher Gold’ and Senecio ‘Angel Wings’. 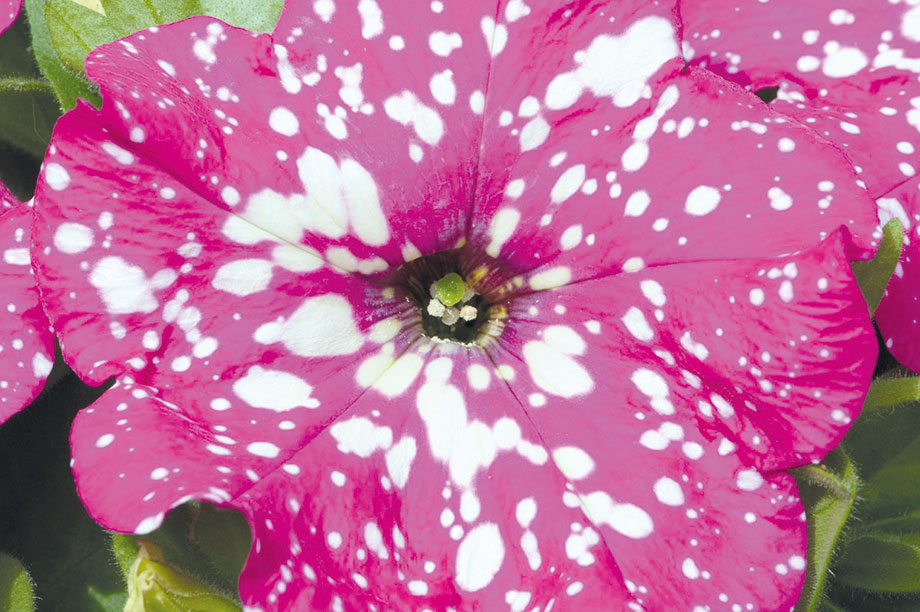 Kernock Park Plants is adding another 60 varieties in its new catalogue. Among the top picks are PowerDaisy Tango bred by Kerley & Co, Silene ‘Sparkling Rose’ and the Proven Winners Bidens ‘Hot & Spicy’. Kernock business development chief Mark Taylor says the PowerDaisy will be a highly useful robust marigold that will take frost and can be planted alongside pansies and violas to add a splash of orange in the early season.

Another new variety from Kernock is Heuchera ‘Primo Black Pearl’ from Proven Winners/Walters Gardens. Kernock promoted the Proven Winners brand with Bransford Webbs at the HTA National Plant Show and Taylor says retailers are reporting back to Bransfords that they want the brand in their garden centres as a symbol of a well-bred plant that gives customers confidence.

Spalding-based young and plug plant producer Alpha Plants will launch new hardy perennial violas
to growers. The Victorian Violas range has been bred over a 10-year period by Rob Chapman, who has showcased it at the RHS Chelsea Flower Show, where it won a gold medal. Now through exclusive collaboration with Alpha Plants, it will be available to commercial growers for the first time.

Chapman’s breeding programme has focused on selecting the best attributes of the classic perennial violas grown in the Victorian era to give the very best colour, habit and scent. The 40-plus varieties are produced from cuttings, giving them a strong perennial habit and setting them aside from the more common seed-raised varieties. They are designed for growing in one-litre pots and for selling in flower.
Hawkesmill Nurseries has added the Victorian Violas range to its array of finished plants in one-litre pots. 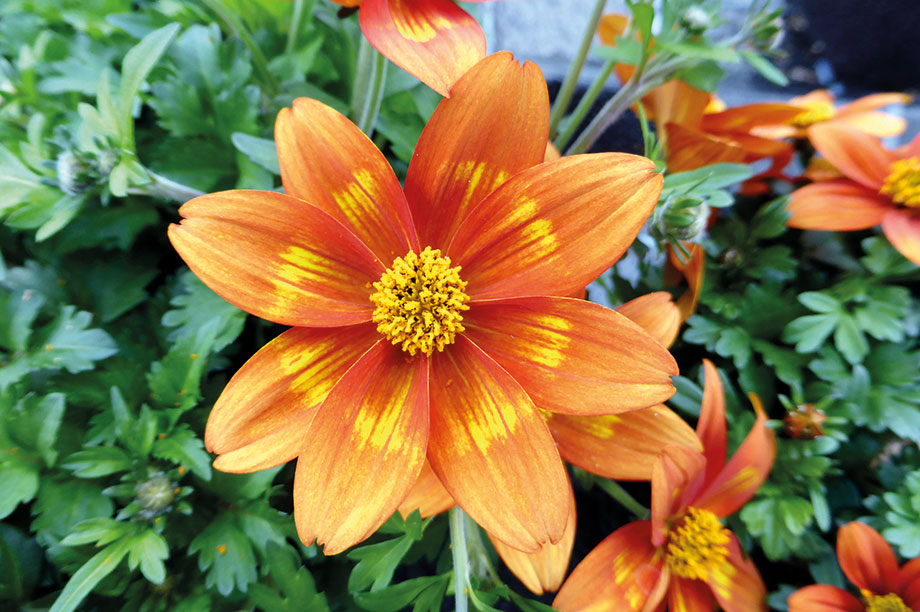 For 2018, Volmary will introduce new varieties in the Powerliner range, including Heuchera ‘Apple Crisp’, Malva ‘Blue Vein’, Anemone Fantasy Series and Salvia ‘Sky High Blue’. The company will offer its most extensive range of bare-root perennials this year, starting with peony for delivery in weeks 44 and 48 followed by 600 perennials in early 2018.

More herbs are also on offer, including lemon and Mediterranean mints and peach sage. The herb Dip Fix mix of rosemary, thyme and sage is also new, as is lilac snack-sized peppers (left). For 2019, there will be an introduction of a new Lupin Tower series with nine colours available.

Breeders Seeds will be showcasing brand new series and varieties from Benary, Floranova, Hem Genetics, Takii and others at Four Oaks. Highlights will include Petunia F1 Success Pink Star and Yellow Chiffon as well as Tomato F1 Sweet Valentines — a patio type with a cascading habit and heart-shaped fruit.

Thompson & Morgan introductions will include Calendula officinalis ‘Crown Orange’, a reselected calendula with a dark centre and edible flowers. Tropaeolum majus ‘Orchid Flame’ is a development in nasturtiums, fresh from Thompson & Morgan’s plant-breeding programme. It is a new colour being added to the Orchid Series. With chameleon-like blooms, the flowers open a rich burgundy red and then they mature to a bicolour red-and-yellow flame.

Cosmos bipinnatus ‘Cupcakes Blush’ offers semi-double blooms on tall bushy plants that open white and turn a blush pink as they mature. Cosmos atrosanguineus ‘Chocolate Brownie’ is a seed-raised version of the popular vegetative Cosmos ‘Chocamocha’ with maroon flowers and a chocolate fragrance. 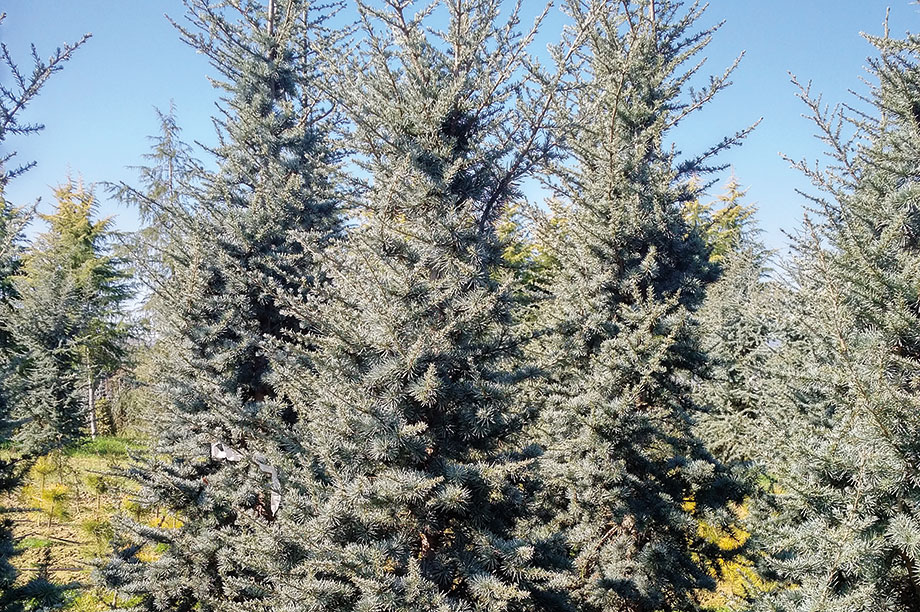 Many suppliers will be showing newly available Christmas trees.

He adds: "People are putting up their Christmas trees earlier every year. They will happily pay a bit more for a tree if they know it will last the Christmas period and into the New Year. Christmas represents a peak period for retailers and selling good-quality trees can give them a competitive edge.

"The falling pound has tightened margins of wholesalers importing trees. They face the dilemma of swallowing these fluctuations or increasing prices. Growing conditions in the UK have been excellent for tree growth — the hot weather tempered with recent rain has created near-perfect conditions."

FCTP’s Soren Petersen says pot-grown trees have now become 10 or even 20 per cent of the market, which could be 500,000 trees and potentially up to one million. Trees are available to customers for
around six weeks longer and they tend to want to start decorating earlier and earlier.

Needlfresh’s George Hood says there are a few more small Nordmann firs coming onto the market but there is likely to be little difference in price. He cannot comment on customers but says it has been a good growing year and retailers will try and stick with UK-grown if they can. 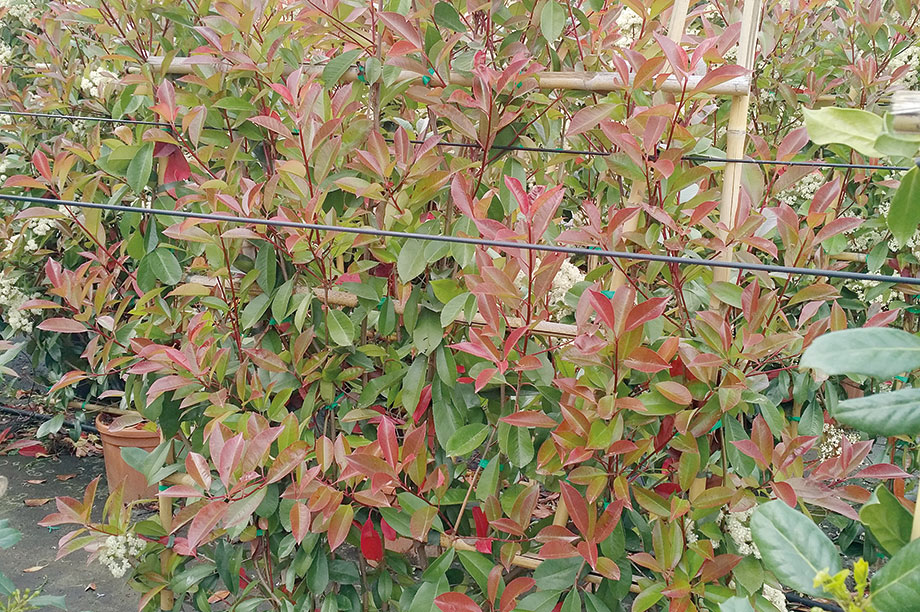 Glendale Horticulture’s new ranges for 2018 include the five-litre herbaceous range and 7.5-litre specimen shrub range along with some new more unusual lines, all of which are grown in the UK.

Visitors to the HTA National Plant Show voted Adenophera ‘White Blaze’ from Darby Nursery Stock and Fairweather’s Nursery as "best in show". Fairweather’s will be exhibiting at Four Oaks. Large retail suppliers Lovania, Allensmore and Chessum will also be exhibiting.

Overseas growers are always a large part of the show and their offer is becoming more attractive as exchange rates level out after last year’s Brexit vote. Co-operative groups are a mainstay at Four Oaks, including Consorzio Ortovivaisti Pistoiesi (Italy), a co-operative of 28 independent nurseries in Pistoia, Tuscany, with a total cultivation area of 110ha growing plants from one-litre in size to large specimen trees, large instant hedging, screening plants, trellis-grown plants and shaped specimens.

The co-operative is owned by its members and by joining forces can offer a wide range of products to the customer with well-organised distribution via its central depot where all plants are cleaned and checked prior to dispatch. 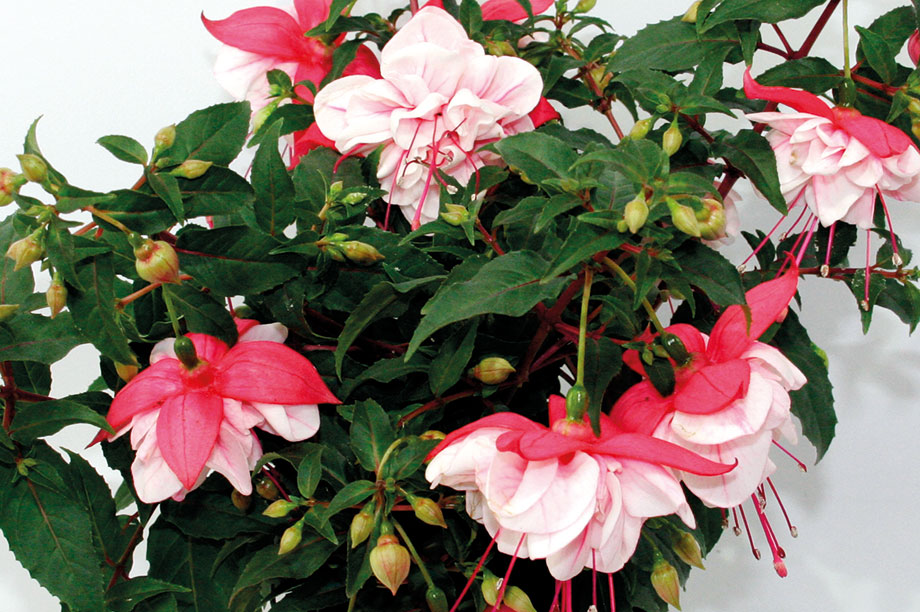 Brandkamp is a breeder and young-plant producer of chrysanthemums and bedding/balcony plants. Chrysanthemum varieties include the eight-colour Pemba series, which is also suitable for pots and balconies. Specialities include Jollies, Brandkamp’s own fuchsia line. New for 2018 is Fuchsia Jollies La Grande Jurancon.

Careers in Horticulture: how the new gold-standard T level will inspire horticulture recruits

This year’s HW careers guide starts with Dr Steve Dowbiggin detailing latest efforts to attract younger people to working in horticulture as well as further action that still needs to be taken.

Horticulture has typically been seen as a low-paid job, but evidence from analysis of Horticulture Week job advertisements from across the industry portrays a different picture, Matthew Appleby reports.

These long-lasting pretty flowers add a splash of colour to borders in spring and summer, says Miranda Kimberley.

Peter Seabrook's Opinion: horticultural companies do not have enough fat to get through a rough year