"My passion to produce the most flavoursome tomatoes in Britain has taken me around the world searching for the absolute best varieties available," he says.

His duties include overseeing product development at the company and over the past four years he has been responsible for introducing four new varieties - Sweet Rosso, Santini on the Vine, Sweet Divine and Tomkin - that are now established and recognised brands on the UK market.

Roe is also in charge of production at all four Flavourfresh tomato sites, ensuring that the tastiest tomatoes are produced within commercial parameters.

In 2015 he was involved in the construction of a 12,000sq m glasshouse, intended to be as environmentally friendly as possible. During its first production season it achieved an energy saving of 40 per cent thanks to the use of top and side energy screens, while fertiliser use was reduced by 30 per cent through collecting run-off irrigation and recirculating it back to the crops. A record yield was also achieved on baby plum tomatoes.

In what he describes as the most exciting development that he has ever faced, Roe has been working with Philips Lighting's horticulture specialists over the past three years to trial various different light recipes with varying combinations of light intensity, wavelength, uniformity and illumination times to maximise the benefits to the crop, yielding what he calls "a truly world-champion formula for several varieties".

As a result, the company now produces tomatoes year-round in a 4,000sq m LED-lit block of glass, achieving comparable quality and flavour to summer-grown fruit.

Flavourfresh has also partnered the nearby Three Owls bird sanctuary, creating a reserve for birds of prey. 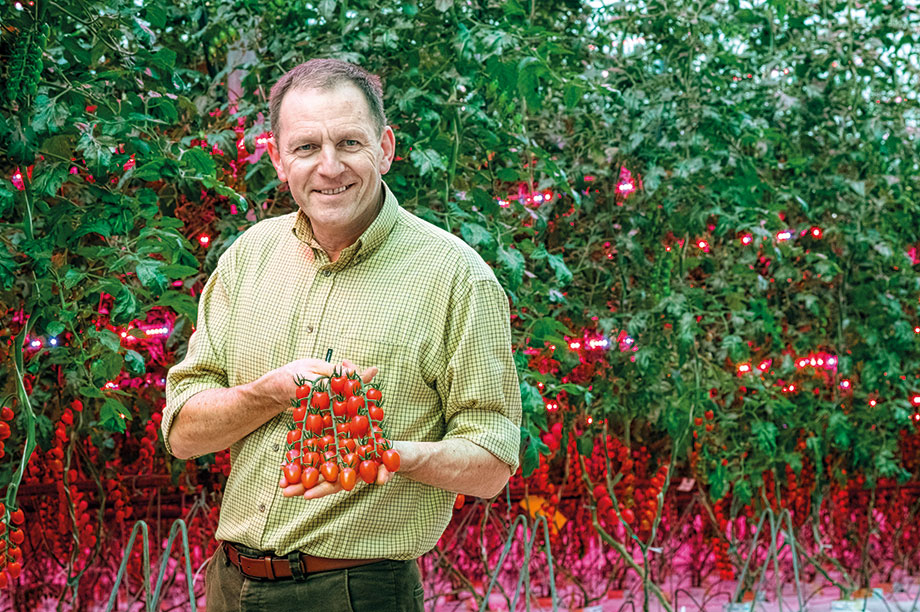 De Lacy Executive recruits for UK and International clients with vacancies in agriculture, horticulture, fresh produce and fruit. It engages at all levels from graduate through to senior executive and in disciplines ranging from production to technical and commercial. The company's business relationship is built around integrity, service and expertise.

Can horticultural producers cut energy use and grow more under glass?

See our exclusive RANKING of UK Fruit Producers by annual turnover plus the FULL REPORT AND ANALYSIS .

Help and guidance for horticulture businesses during the coronavirus pandemic