In so doing he has brought widespread advantages for the grower because the 'Pentastic' series requires no plant growth regulators or vernalisation, instead remaining compact under warm growing conditions. A single cutting with one pinch will fill a three-litre pot, taking only 18 weeks from planting to a saleable plant.

With a natural tendency towards branching, it boasts large outward-facing flowers densely packed around the stem, ensuring a striking, prolonged display of colour. Depending on the growth programme it will flower from May to September and is a hardy, reliable, disease-resistant perennial.

It can serve as a perennial for borders, in mixed containers or even stand alone, growing up to 30cm tall and 15cm wide, and ably filling a smaller container by itself.

The 'Pentastic' series currently consists of three colours - rose, pink and red - with three more to follow. The series is already going global and will also be introduced into the US market later this year following a successful launch at last April's California Spring Trials by Israeli young plant supplier Hishtil, which also presented the series to the European market at the Netherlands Flower Trials in June.

Among the growers to have since added the series to their production are Earley Ornamentals in the UK and Kientzler in Germany as well as the Israeli grower Hishtil. 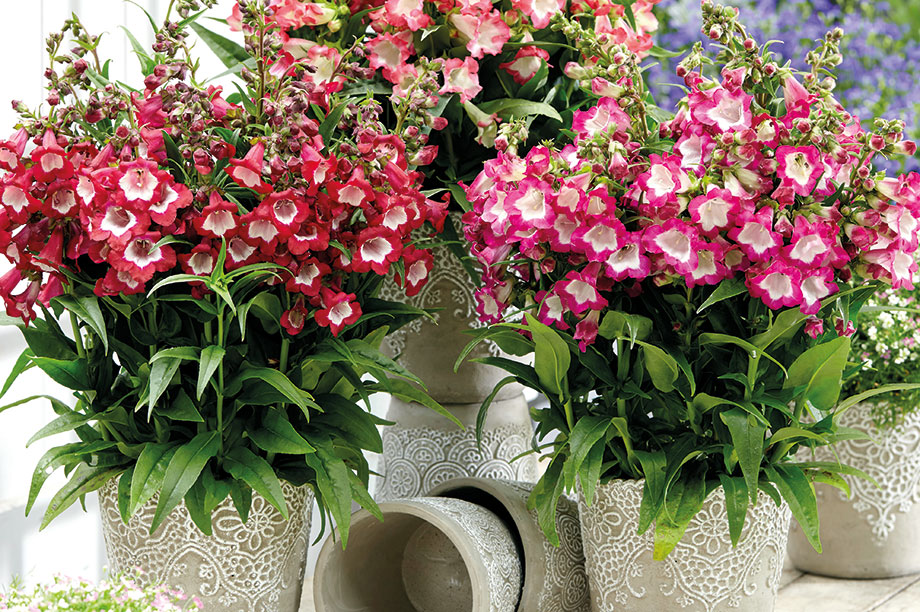 Flowering cherries are a quintessential harbinger of spring in the UK — probably more so than crab apples, hawthorns, rowans and whitebeams combined — and they likely constitute the most often-planted and widely recognised garden trees.

This genus contains unarguably some of the most beautiful shrubs and trees, in terms of both flowers and fragrance, that we are able to grow in our temperate UK climate.

Are we heading for a shopping trolley apocalypse?

Ornamentals production sector must have a voice