It now boasts more than 300 UK cut-flower growers, ranging from the Scilly Isles to central Scotland, and aims to reach 500 within the next four years.

Around 90 per cent of cut flowers sold in the UK are imported, typically having been grown in Holland, South America or East Africa, airfreighted and traded through the Dutch auction houses before being transported onwards by air or refrigerated transport to their point of sale, entailing a large carbon footprint.

As a result, flowers that were once viewed as exciting and rare such as chrysanthemums, lilies and gerberas have become commonplace, while the traditional varieties they replaced - dahlias, pinks, bells-of-Ireland and sweet peas - have become rare and sought after, leaving a gap in the market that Flowers from the Farm seeks to fill.

Most of the group's members grow on plots of less than a hectare, use no extra heat other than for germination and, while not claiming official organic status, avoid using pesticides, with flowers growing and flowering in their natural season in fields full of wildlife. Members help and support each other, buying inputs in bulk and sharing transport to market wherever possible.

Flowers from the Farm's extensive appearances at flower shows and in national media last year has greatly raised public awareness of the benefits of locally grown flowers. 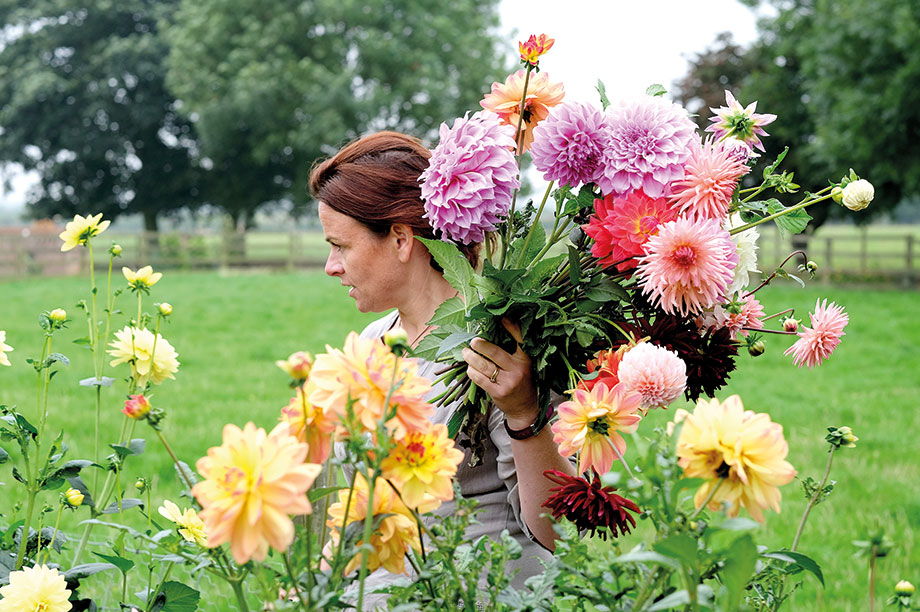 A impressive variety of shapes and shades makes these plants popular in the garden as well as for floristry, writes Sally Drury.

A story of plant nursery success for a young couple in the north of England.

As a result of Black Lives Matter protests, many sectors have looked inward on diversity.

None of us have experienced a spring such as we have just had.